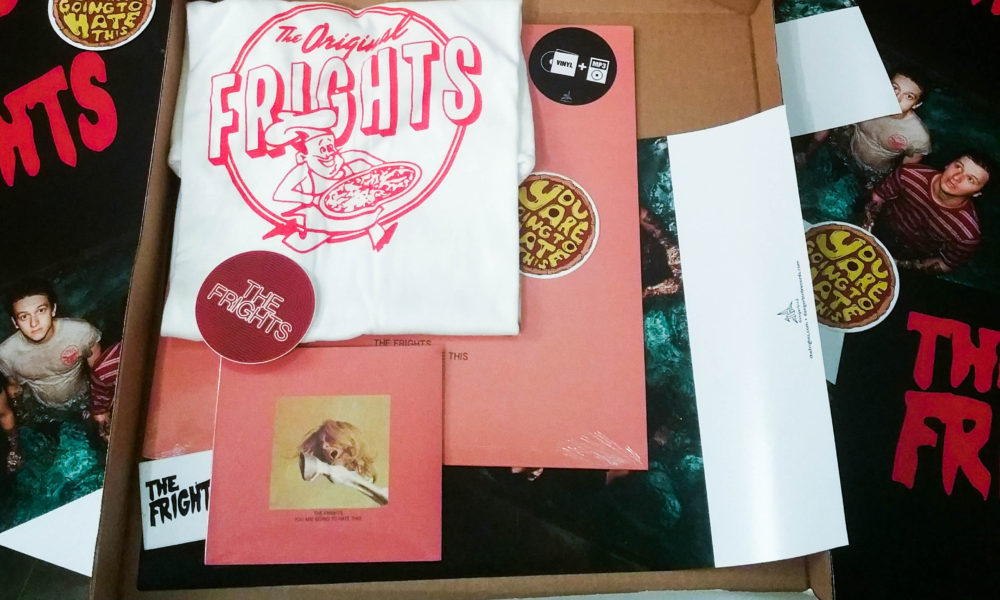 Our friends at Dangerbird Records hooked us up with a sweet FRIGHTS giveaway – a FRIGHTS pizza box filled with goodies including their new album on vinyl and cd, a sweet t-shirt, signed poster, stickers and more! To top it all off, we’re giving away two tickets to their SOLD OUT show with FIDLAR at Crescent Ballroom on October 30th!

To enter to win, we want you to write a short poem about pizza in the comments. We’ll review the submissions and pick a winner next week! 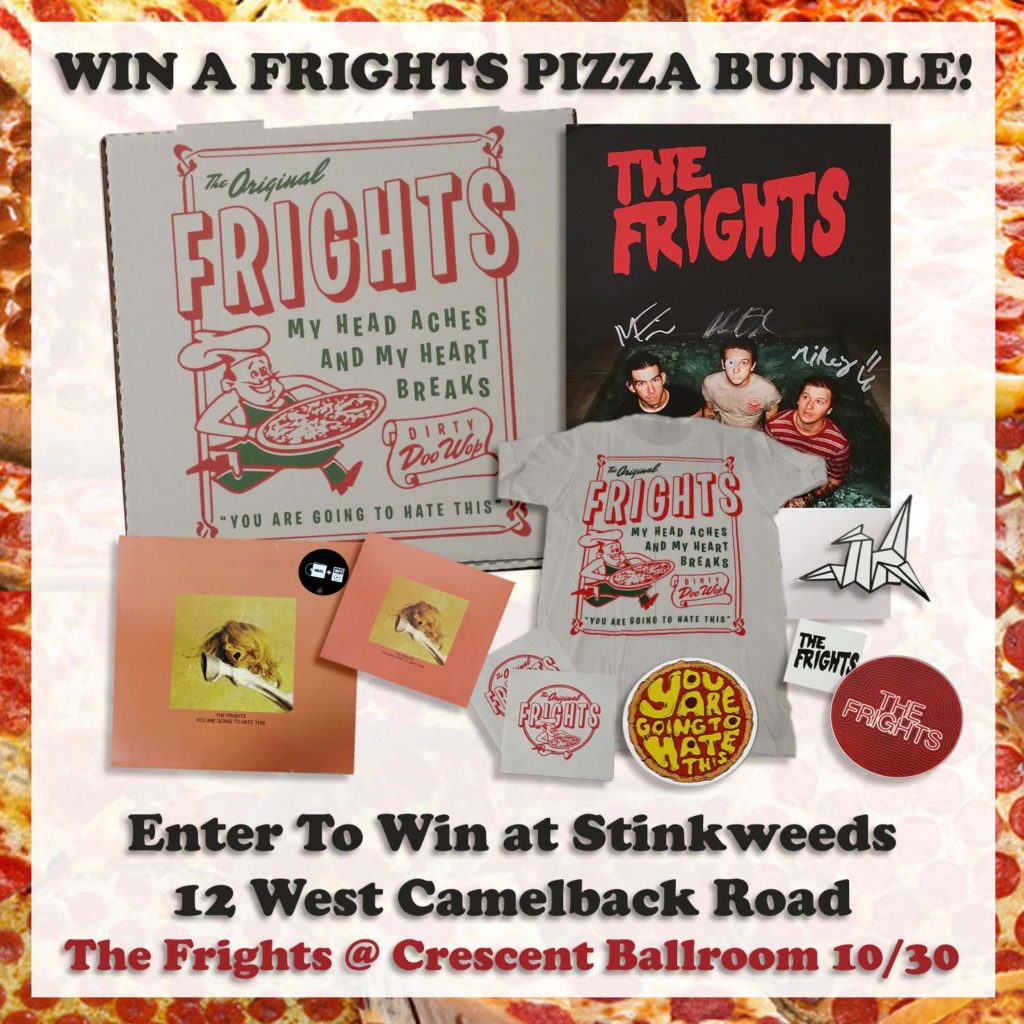 We collected the awesome entries we received over on our instagram during this contest:

Though pizza is greasy and not nutritious, It definitely is cheesy and very delicious.
P. I. Z. Z. A.
You shouldn’t have to pay.
Pay for joy?
That is no way to play the game of life which you mostly lay and pray for a tray of gooey, pleasure.
Chill out as if you were a street pigeon, don’t fear nor fret for Pizza is my religion.

A life on a diet is crazy to think
I feel as though insanity would be on the brink
Eating Pizza would be the exception
Even the thought, gives an erection
It would be convenient if that was my kink

pizza, simply put, is the best.
delicious and diverse, yet doesn’t leave a mess!
so many options i get so flustered,
pepperoni or peppers, but never ever mustard.
speaking of toppings, pineapple pizza is really quite good
whoever says otherwise is really quite the fool
And speaking of fools, who in the world eats sardines?
Putting fish on a pizza is really quite mean
And speaking of mean, what’s up with no concert tix??
I wanna see Fidlar so i can take some cool pics.
i really could go for some pizza just a slice
accompanied by some tickets to The Frights
seeing the show was sold out left me for dead
i will just have to go cry into my pizza instead.

warm in the box or on top of a pan
topped with tomatoes and mushrooms it’s a plan
to eat on a picnic or in the cold
microwaved or not, i’m sold
meat eater or vegan it’s a meal we can share
everyone loves pizza it’s not a scare

delivered or picked up
in a fancy restaurant or with a red solo cup
sober or drunk it’s a food group of it’s own
whenever i eat or slice or five i’m truly in my zone
lactose in tolerant? no problem
pizzas a food for everyone, it’s awesome
dairy free cheese, baby spinach and garlic
not for your taste buds?
there’s a pizza that will be perfect whilst sitting on the carpet
eating pizza is like receiving a million hugs
from koalas or sloths and dogs alike
no bugs!
leave a piece of pizza on the table, it’s guaranteed to be eaten by any wildlife

now, lets get to the point,
in my dreams i’d be sharing a slice with fidlar and the frights
but the closest i’ve ever gotten is by taking a flight
but my bank account simply can’t afford that
when i saw these tickets were sold out,
my heart was broken and my face turned into a pout
when i heard of this competition i knew i had to give it a shot
so now i’m coming in hot
like a pizza box
i hope you can see the love i have for pizza
and that i am simply not a diva
thank you for this chance to win
i hope these few stanzas brought you a grin