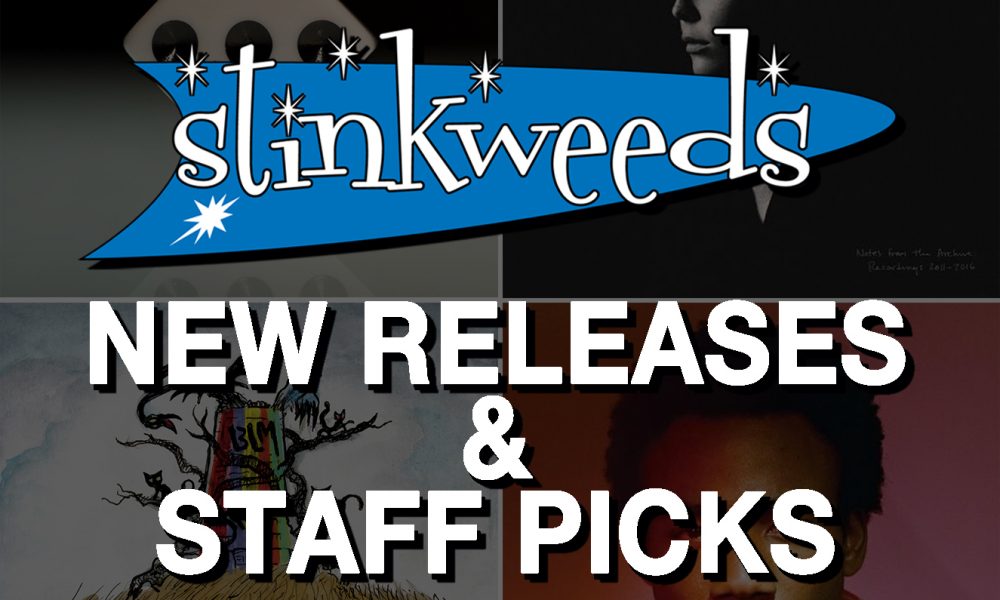 Drive-By Truckers – The New OK CD/LP (ATO)
Drive-By Truckers released The Unraveling in January 2020 and set out for what was supposed to be a full year of touring. Needless to say, it did not go as planned. The New OK is a phrase Patterson Hood found himself saying a lot these past few months. This new album, made up of songs left over from The Unraveling sessions and new ones written and recorded since, hopefully balances out the darkness of our current situation with a hope for better days and nights ahead. [Limited colored vinyl pressing also available.]

The Killers – Imploding The Mirage (Island) CD/LP
“Imploding the Mirage” is The Killers’ highly anticipated sixth studio album. Produced by the band with Shawn Everett and Jonathan Rado of Foxygen, it was recorded in LA and Park City, UT, the first of their career to be created outside their Las Vegas hometown. The album also features a brilliant array of collaborators, another first for the band who typically keep guest spots to a minimum. With Lindsey Buckingham, k. d. lang, Weyes Blood, Adam Granduciel (War On Drugs), Blake Mills and Lucius.

Paul McCartney – Paul McCartney III CD/LP (Capitol)
50 years following the release of his self-titled first solo album McCartney, featuring Paul McCartney playing every instrument and writing and recording every song, Macca delivers McCartney III. Paul hadn’t planned to release an album in 2020, but in the isolation of “Rockdown,” he soon found himself fleshing out some existing musical sketches and creating even more new ones. Before long an eclectic collection of spontaneous songs would become McCartney III: a stripped back, self-produced and, quite literally, solo work marking the opening of a new decade, in the tradition of 1970’s McCartney and 1980’s McCartney II. Recorded earlier in 2020 in Sussex, McCartney III is mostly built from live takes of Paul on vocals and guitar or piano, overdubbing his bass playing, drumming, etc. atop that foundation. McCartney III spans a vast and intimate range of modes and moods, from soul searching to wistful, from playful to raucous and all points between.

Dave Alvin – From An Old Guitar: Rare And Unreleased Recordings LP (Yep Roc)
Recently released on CD – now available on vinyl. This 16-song collection features studio performances that Dave Alvin recorded over the years for his own albums or for tribute albums but mainly they’re just things he did for the pure kicks of playing music he loves with musicians he loves and admires. The songs range from some originals to interpretations of compositions by dear friends like Peter David Case, Chris Smither and the late Bill Morrissey to tunes written by heroes like Willie Dixon, Bob Dylan, Lil Hardin Armstrong, Earl Hooker and Marty Robbins. The music ranges from acoustic blues and ballads to electric barroom blues, folk/rock and even a little country/rock.

Childish Gambino ‎– Because The Internet [Reissue/2013] 2xLP (Glassnote)
Double 180gm vinyl pressing of the sophomore album from Childish Gambino, the stage name of Grammy, Golden Globe, and Emmy Award-winning recording artist, actor, and producer Donald Glover. Released in 2013, the album lends perspective to the complications born from an Internet- obsessed society. In creating Because The Internet, Glover set out to not just release an album but to build a world, also releasing a companion screenplay and short film, Clapping For The Wrong Reasons. The album features appearances from Chance The Rapper, Jhene Aiko, and Azaelia Banks.

The Decemberists – Castaways And Cutouts [Reissue/2002] LP+MP3 (Kill Rock Stars)
The Decemberists – Her Majesty [Reissue/2003] LP+MP3 (Kill Rock Stars)
Castaways and Cutouts is the first full-length album by The Decemberists, originally released on May 21, 2002. The album’s title is taken from a lyric of the song “California One/Youth And Beauty Brigade”. For all intents and purposes, 2003’s Her Majesty could best be described as the charming older brother to Castaways And Cutouts. And, while being recognizably related to its predecessor, it’s an altogether different beast. Present and accounted for are the Victorian literary tropes, the rakish mariners, and the Dickensian downtrodden that slouched their way across the laser imprinted surface of Castaways; in Her Majesty a new cast of characters is introduced as well, giving further depth to the richly bizarre songcraft of Colin Meloy.