5 New Albums We Can’t Get Enough Of

Here a just a few of the titles currently getting a lot of play in our shop. This is by no means everything we’re listening to. It’s been a great couple of weeks and we’re having a rough time picking our favorites. I’m sure you’ll see the others in a later post. 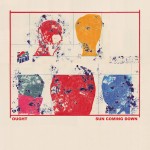 Ought – Sun Coming Up
The consensus is that early music was inspired by our own heart beats. It seems we have been trying to manipulate that heart beat ever since. Sun Coming Up succeeds in that manipulation. It’s not enough to play an upbeat rhythm to get the pulse up. Our heart beats in rhythm, but the blood flowing through our veins creates it’s own syncopation. Add to that, the rhythms of our own day to day movements, and a simple 1-2-3-4 doesn’t really translate. Ought manipulates that heart beat and inspires movement. They combine familiar rhythms, layered with tension and sporadic guitar and bass lines, mimicking something monotonous and familiar, yet unpredictable. This is an uncomfortable movement. There’s a sense of panic, and what is panic but to motivate you to move. The lyrics play between existential crisis and both rejection and acceptance of average, day to day life and people. Tim Darcy’s vocal delivery is awkward and slightly out of place. This all serves perfectly to trigger just enough of that fight or flight instinct. There are many obvious nods to early post punk bands like Television and Talking Heads, but the angst is fresh and all their own. 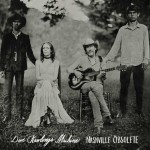 Dave Rawlings Machine – Nashville Obsolete
Often, my biggest complaint about contemporary folk music is the matter in which it is recorded. Please understand, I am not one to nit pick about recording quality. I have almost nothing to say about the sound quality of vinyl compared to CD or MP3. Music is all about music and experience for me. So, when I speak of recording quality, it’s often about the space the sound occupies. I find it’s important to make your recording sound like it was done without the aid of microphones or cables. Especially when it comes to folk music. By definition, it is “people’s” music. It is important to maintain that connection between musician and audience. This is why many folk performances are done with acoustic instruments, often in front of only one microphone. The exception for this seems to be the recording studio. Folk albums often come out very clean, with the instruments right up front, as if being played right in front of your face. Dave Rawlings is no stranger to the more rustic side of folk music. As a long time collaborator with Gillian Welch, he has done more than his part keeping the folk music tradition in touch with people and places where it exists. Although Nashville Obsolete pulls a little more from classic rock and country, it maintains its “folkiness” by maintaining a space for the listener to jump right into the performance and, with little effort, create the sensation that they are in a room with the music. Folk music isn’t shiny and pristine. It’s not sexy or extravagant. It’s folk music. It’s in the name. 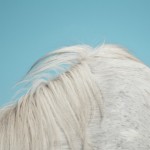 Widowspeak – All Yours
With all of the music out there, I find it’s important to compartmentalize your tastes. There are bands and albums that immediately grab your attention, often keeping it for a few weeks, then sometimes just fading out of interest; some bands maybe take a while to grow on you, but will often end up the real keepers; then, there are bands that, maybe, stay in the back of your mind, waiting for the right moment to get your attention. With All Yours, Widowspeak has sharpened a stick and jabbed it right into our side. They have my attention, and also have me questioning why they didn’t have it a long time ago! There’s so much here that falls right into my wheel house. The tunes are just lazy and simple as anything I tend to enjoy; Molly Hamilton’s voice is dreamy and aloof as Hope Sandoval and the tunes are as catchy as anything Beck has released. Sure, it’s definitely in danger of being my “end of summer fling,” but I will appreciate it no less. Also, these are often the albums I keep in my pocket for recommendations. If you come into Stinkweeds looking for something fun to listen to, you’ll no doubt get an earful of this album. 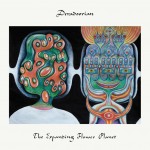 Deradoorian – The Expanding Flower Planet
My introduction to Deradoorian was her involvement with Dirty Projectors, as a guitarist and back up vocalist. Anyone familiar with that band knows that this position is not an easy one. The guitar playing would be demanding of the most schooled player. The back up vocals are themselves a tough lesson in polyrhythms and dynamics. But Angel Deradoorian pulled them off with ease and grace. Although her own music is less challenging than Dirty Projectors, they share similar elements in their inclusion of worldly rhythms, textures and ideas, as well as a sense for musical challenge and exploration. Music can achieve “catchiness” through memorable melodies and relatable words. But, it can also be “catchy” with its use of turns and unpredictability. Expanding Flower Planet keeps your attention by never letting your mind grab hold of it and make your own assumptions about the music. The songs are lovely and flowing and Deradoorian’s voice is engaging and pleasant. But the music doesn’t rely on these elements to keep your interest. It would much rather pose more questions than let you passively enjoy. These questions aren’t aggressive or intrusive. They only serve to keep the conversation going between the music and the connections being made in your mind. If you choose to let your mind wander, this conversation will have nothing to offer you. This is a bold move considering the role that music plays in our day to day lives. It is so often made for the background. But, thankfully, the art of conversation is not lost on Deradoorian. 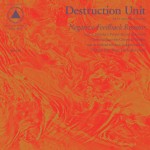 Destruction Unit – Negative Feedback Resistor
Can this be the new definition of Desert Rock? I’m all for that spaghetti western sound and songs about talking snakes, and all. But, lately, with the increase in dust storms and decrease in water supply, I think it’s time we reconsider what that “desert sound” is. Destruction Unit meets all the criteria. First, they are from the Arizona desert! Their music is bleak and weather beaten, with elements relentlessly beating down on you. Listening at certain volumes can actually give you a sun burn. If you want mystical elements, consider the overwhelmingly psychedelic nature of their sound. I once saw them play at the Icehouse at 1 in the morning. I swear, if you had asked me to explain the meaning of the universe, after that performance, I probably could have given an honest answer. Instead I walked in the other room and had a beer. Sure, it lacks any elements of country and western, but is that really OUR thing? It’s always felt a little more borrowed than anything else.