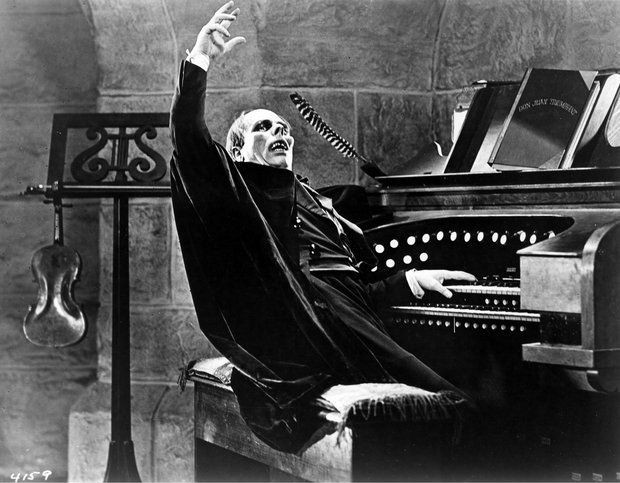 How You Know When To Be Scared: An Exploration Into the Music of Horror Films

The low rumble of a timpani drum or the crescendo of strings, climbing up the chromatic scale. There’s that melody again! Last time you heard that, it did not end well! It must be a foreshadowing of something terrible. What danger could be lingering around the corner? Is it an axe murderer? Is it the undead?! IS IT THE GHOST OF… Nope! Just a cat! But, that cat scared the hell out of you, didn’t it?! This is the power of a good horror soundtrack. It allows the director to reach right into your chest and manipulate your heartbeat however they please. That is power on a terrifying scale.

To help us better understand this power, we reached out to our friend, film maker, programmer for Film Bar, and horror film enthusiast Chris Heck to ask a few questions about his favorite horror movies, soundtracks and thoughts on this invisible character that has elevated so many great horror films, with only the use of sound and emotional manipulation.

SW: What is the first memory you have of being scared while watching a movie?

CH: Although I don’t remember actually watching the movie, I do recall having nightmares about Jason hiding under the couch around age 5 so I must have at least caught a glimpse of a Friday The 13th. My mom has always really been into horror so I got an unhealthy dose of it from a young age.

SW: Why do you think you gravitated towards these films considering that they gave you nightmares?

CH: I think you come to horror for the rush. Fear isn’t something most people encounter on a daily basis so it’s thrilling to have that experience. You end up staying for the community. We all feel like outsiders in one way or another and ultimately that’s what horror is about. In that sense I think horror can be a really positive thing. It helps a lot of people in a strange way.

SW: It’s like music in that way. There is a sense of escapism in listening to music, same as with watching movies. Do you think this has anything to do with music playing such a big part in movies?
CH: Oh, no doubt. It’s all a part of the immersion of a film, how much you can lose yourself in it. A great score won’t necessarily stick out too much, but will help absorb you into that world.
SW: It’s almost a necessary tool since we are relying on the film maker to tell us how to feel. It’s hard to have a sense of panic when it’s just a scene of two people making out in a car. Why do you think directors choose not to show the threat and instead imply impending danger through music and other devices?
CH: The score can tell you things the visuals are holding back from. It goes back to Hitchcock’s bomb theory. Either you show the audience the bomb under the table and build up to whether it will explode or not, or you don’t show it and the table just blows up. Suspense versus surprise. Often times you don’t actually need to show the bomb, just a subtle music shift and the audience recognizes danger. It’s become kind of a trope now that filmmakers can use to manipulate an audience. I think there’s also something to be said for a lack of score as well. The Hurt Locker is probably one of the most nail biting movies I’ve seen and they hardly used a score. Or in Carrie when the blood finally drops and the music goes away entirely and you just think “Oh, shit. It’s about to get real”. It’s all about knowing when to use it and when not to.

CH: It’s all so relative. So much depends on the person, the generation, what’s going on in the world. For me it’s a 50/50 mix of the real world and the supernatural. The reality should be just as threatening as the fantastical. Rod Serling was the master of this, it’s the whole reason he created The Twilight Zone. He knew that the parable was the ultimate form of storytelling. Horror addresses the fears of the individual and society. That’s why you can look at eras of film and pinpoint what was going on culturally. German Expressionism came as a result of WWI, Torture Porn as a result of the war on terror. It helps us make sense of and confront what’s going on in the world.

SW: What is one of your favorite horror film soundtracks?

CH: It’s so dependent on the film, and the two really have to work in unison, but Goblin’s score for Suspiria is the first thing that comes to mind.
SW:  There’s something about those 70s horror film soundtracks that approach the music in such a strange way that really sticks with you. It was coming out of the psychedelic era, where everything was just a little weird already.
CH: And there’s no doubt it still lives on today. Just look at what Disasterpeace did with It Follows. The filmmakers crafted an amazing film that seemed to exist between time periods. One foot in today, one foot in 1978. Disasterpeace’s score straddled that line right with it, masterfully avoiding becoming contrived. Not even an homage to Goblin, just inhabiting the same world. Easily one of the best scores in recent memory.

“Anytime a film tries something you didn’t expect, it helps propel the genre into a new direction”

SW: What other composers would you say have had a big influence on horror film scores?
CH: There’s a lot of early guys who set the tone in the silent era and the early talkies who were either uncredited or relatively unknown. Bernard Herrmann from the 40s through the 70s with a lot of Hitchcock’s stuff. John Carpenter has been a juggernaut, of course. I’d say Joseph Bishara is currently carrying the torch.

SW: Looking back, both Herrmann and Carpenter seemed right for their time. Herrmann used a lot of the atonality and minimalism popular in his day, while John Carpenter used a lot of synthesizers. Joseph Bishara seems to really break away from the typical ideas found in horror film scores. Do you find the horror genre is taking new directions as a whole?
CH: A Girl Walks Home Alone At Night came way out of left field. I guess when you make a black and white Iranian feminist vampire spaghetti-western you kind of have to break the mold a little bit. Anytime a film tries something you didn’t expect, it helps propel the genre into a new direction.
SW: Are there any scores that feel like they’re pushing in new directions?
CH: Recently I’ve been pleasantly surprised by the scores for Starry Eyes (Jonathan Snipes) and Under The Skin (Mica Levi), which both seemed to build off the old in a new and refreshing way.

SW: Going back to the idea of “real world” horror, we don’t have a soundtrack playing to our lives. But, what if we did? where is the last place you would want to hear ominous strings begin to play? What is that setting that totally creeps you out?

CH: Ever since I was a kid I had a strong fear of snowy winter nights. There’s something really eerily beautiful about it. The perfect setting for a ghostly encounter.

SW: Speaking of winter… Christmas music has been forever changed with the advent of two albums, called Jingle Cats and Jingle Dogs. As you may guess or already know, this is an album of dogs and cats singing popular Christmas songs. If you were to make this sort of album for popular horror film soundtracks, which animal would you choose? 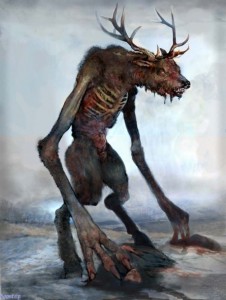 CH: Oh, man. I really hope it never comes to that. If I had to choose maybe something like a bobcat. Those things are scary. Or a Wendigo, if you can record one.

SW: I had to look up what a Wendingo is. Yeah, I don’t know what kind of sound that thing makes, but I imagine it’s not pleasant.

SW: What do you have going on at Film Bar for the week leading up to Halloween?

CH: The big event will be Stephen King’s IT on Friday night at midnight. I’ll be hosting with 90’s trivia and giveaways and period appropriate commercials laced throughout. Halloween night will be awesome with Guy Maddin’s new film The Forbidden Room, From Dusk Till Dawn, The Babadook, and closing the night out with a DJ set by Djentrification spinning strange but dance-able vinyl.

[Chris Heck has hooked us up with free passes to the movie of your choice, at film bar. Just comment bellow with your favorite Horror Film Score/Soundtrack and you’ll be entered to win!] 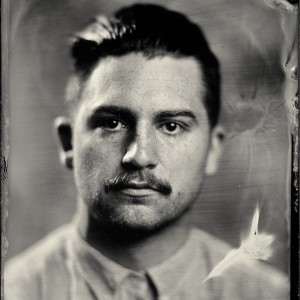 Chris Heck is a filmmaker and storyteller of the odd and unusual with Phoenix based collective Theater13. He often hosts screenings at FilmBar, curates the Short Shorts With Short Leash film festival, held at Stinkweeds Records every spring, and teaches classes at Scottsdale Community College. His work can be found at theater13.com or follow him on Instagram @chrisheck13