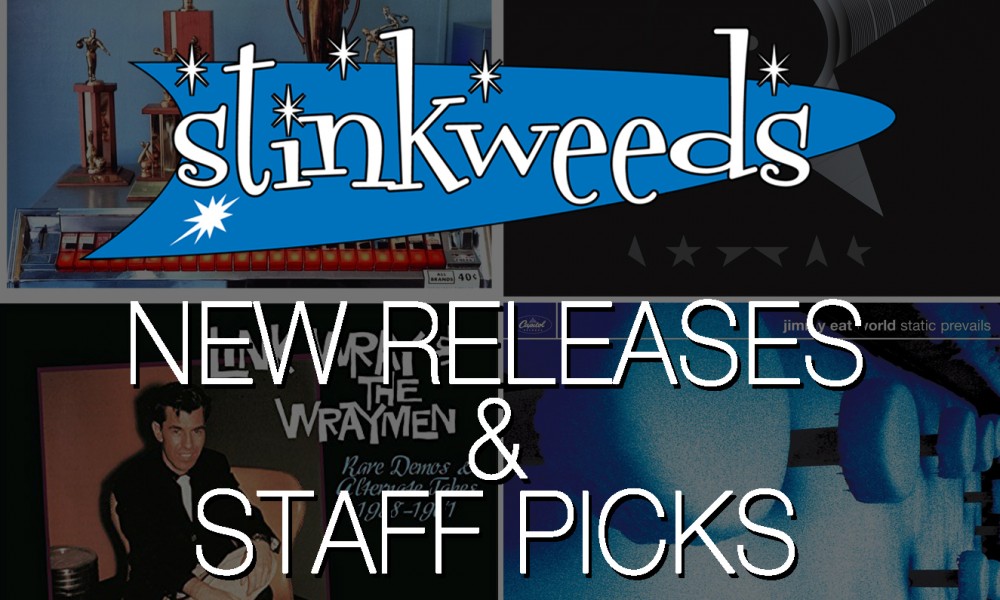 THIS WEEK’S NEW RELEASES
David Bowie – Blackstar CD/LP (Columbia)
Blackstar is David Bowie’s 28th studio album, and is released on his 69th birthday. It is his first since 2013’s The Next Day.“The arty, unsettling Blackstar is Bowie’s best anti-pop masterpiece since the Seventies.Produced with longtime collaborator Tony Visconti and cut with a small combo of New York-based jazz musicians whose sound is wreathed in arctic electronics, Blackstar is a ricochet of textural eccentricity and pictorial-shrapnel writing.” – Rolling Stone

Villagers – Where Have You Been All My Life? CD/LP+MP3 (Domino)
Villagers, a solo vehicle for Irish singer/songwriter Conor J. O’Brien, specializes in atmospheric, indie folk/chamber pop that balances the youthful exuberance of contemporaries Jens Lekman, Eugene McGuinness, and Johnny Flynn with the classic rock and pop of artists like Paul Simon and Robert Wyatt.Where Have You Been All My Life? is a collection of songs that distils five years and three albums of Villagers’ songwriting into one flowing narrative.

Björk – Vulnicura Strings LP (One Little Indian)
Recently released on CD – now available on vinyl. Björk presents a strings version of her eighth studio studio album,Vulnicura. The original version of Vulnicura layered the boom and crack of electronic beats with an intense vocal melody and incredible string arrangements by Björk which have been performed live with a fifteen chair orchestra. This new version is musically wholly comprised of strings, with new violin solos by Una Sveinbjarnardóttir and strings recorded by a Viola Organista. Björk used the only Viola Organista in the world to perform some of the arrangements; an instrument which was designed originally by Leonardo Da Vinci but not built until after his lifetime. The instrument uses a friction belt to vibrate individual strings (similar to a violin), with the strings selected by pressing keys on the keyboard (similar to an organ). The instrument was recorded in Krakow, Poland by it’s constructor Slawomir Zubrzycki and here is where the album reached completion.

Link Wray & The Wraymen – Rare Demos & Alternate Takes 1958-1961 LP (Rumble)
Link Wray’s incredible influence on 50 years of rock and roll following his debut single is no mystery to anyone. Everything that was handed down to today’s current crop of head-bangers from the likes of Led Zeppelin and the Who can be traced back to this hero from Dunn, North Carolina. This LP compiles rare and unissued cuts, demos and B-sides from his early, and best, years on the Cadence and Epic labels.
NEXT WEEK’S NEW RELEASES