It’s pretty early in the year, so we obviously haven’t gotten a big haul of 2016 releases, but that doesn’t mean we can’t start out the year enjoying some of the albums we might have overlooked in 2015! I do know the next couple of weeks will see some really stellar new releases, so you can definitely look forward to some amazing new albums to add to your list of things to get. And, who knows, maybe you missed some of these albums as well. Anyway, all of this is irrelevant to the point of these lists. This is just stuff we’ve been listening to and enjoying in the shop! Who says it needs to be anything, one way or another! Enjoy! 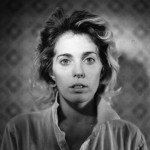 At the absolute core of this album’s strength is Meg Remy’s voice. It has a cutting timbre that demands attention and an imperfection that you can’t help but believe. Her vocal lines will often fall slightly out of tune, but in a clearly intentional way, creating intervals that draw out emotions that are often untouched by more sonically pleasing musical ideas. The accompanying music is lilting and fun, and rides the line of avant-dance club anthems, experimental rock, and intimate headphone music. However, you never lose the sense that there is something very personal about this album. Remy’s delivery is just too forward and visceral to be anything but pure emotion. 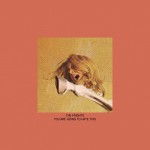 The Frights – You Are Going to Hate This

I haven’t put much thought into what makes an album draw someone’s attention. I do know that labels get a great deal of demos sent from bands around the country. I’ve heard of label reps that don’t listen to anything they’re sent. Stinkweeds seems to have a very passive system, where promos are stacked up high and most might get a listen, but some just go unnoticed. However, this week, we experienced what was, hands down, the best marketing tactic we’ve ever seen. The Frights sent us a pizza! Yes, we had a pizza delivered to us from a local pizza place, by a very confused delivery driver, holding a pizza and a package saying “I don’t know what this is but I’m supposed to give it to you.” What it was was a one sheet and a promo copy of their album You Are Going To Hate This. You bet your ass we’re going to play that in the store. And, you know what, (this might be the pizza talking) this album is pretty damn good. It seems to fit right in with current trends in California surf punk, with all the fun melodies and heavy hitting riffs and bass lines. We’ll no doubt look to the Frights when someone is looking for something along the lines of a Surfer Blood or Wavves. And, we’ll always associate their new album with a spirit of sharing and the joy of a warm, free pizza. 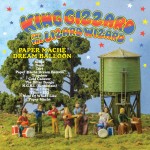 Psych is most definitely here to stay! Rather than let it become a passing fad, more and more bands are exploring the territory of 60s and 70s influenced psych rock, pop, folk and otherwise. King Gizzard and the Lizard Wizard offer up a bubblegummed-up ambrosia salad of psych pop delivered through acoustic guitars, flutes, harmonicas and fuzzed out drums. Although very derivative, credit must be given for holding onto song craft, over the often abused approach of just mimicking antiquated styles and tones. These songs work too hard for King Gizzard to just be leaning on comfortable tried and true formats. With all its twists and turns, Paper Mache Dream Balloon sounds like a hybrid of 60s vocal pop group The Free Design and some heavier kraut rock bands like Can or Faust, but it remains playful throughout, with nary a dull moment. 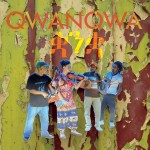 Qwanqwa is a four piece band out of Addis Ababa, Ethiopia. Their music is strongly rooted in the traditional music of their home country, performed with traditional instruments such as the Krar and regional percussion instruments. However, like any “world” music Stinkweeds tends to gravitate towards, it isn’t self referential in its origins. It manages to transcend any “touristy” factors and just comes across as good music. Rather than thrill you with exoticism or undermine your intelligence by incorporating more Western ideas, it just maintains the all-encompassing language of music. I’ve read that Qwanqwa intentionally performs instrumentals as a way to be an all inclusive experience. As far as I’m concerned, this was an unnecessary decision, but one that shows their commitment to uniting us with our common language of music. 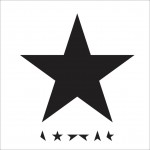 Last Friday and Saturday, as we watched customer after customer come in for the new Bowie album, it hit me just how cool it is that this 69 year old is getting the general public to buy what is clearly just some really weird, intriguing music, that really makes no effort to follow any sort of pop formula. I mean, the first track clocks in at nearly 10 minutes and features some very abstract moments. After giving the album a few listens, it became clear that Mr. Bowie was rejecting any expectations that may be put on someone with such an important and relevant career in pop music, and instead just delivering music that was important to him. His decision to recruit a jazz group he saw at a club in New York City as his studio band, his omission of any clear “single,” his multiple droppings of “F bombs”; all of this seemed more akin to an artist’s first album rather than their 27th studio album. We’ve all heard so many musicians trying desperately to hold on to that magic they might have had earlier in their career. What is it about David Bowie, that, after all these years, he could record something as strange and beautiful as Blackstar? It’s obvious now that he was being driven by the most sobering existential challenge any of us will ever face. I don’t know what questions he might have been asking himself at this time, but one of the biggest answers I got from this album is that David Bowie was an artist. Artists are the ones that live forever. Pop stars and personalities fade away, but art is timeless. Blackstar may have been attempting to say many things and answer many questions, but under it all is a piece of art and that will live forever.

blackstar, david bowie, half free, king gizzard and the lizard wizard, paper mache dream balloon, qwanqwa, the frights, us girls, volume two, you are going to hate this