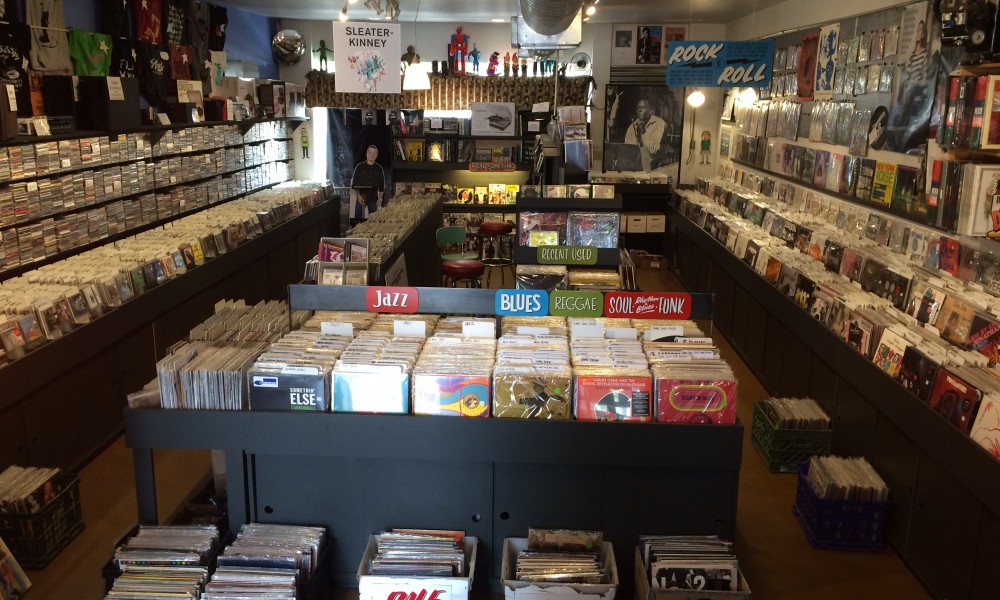 A few weeks ago, Gear Patrol featured Stinkweeds in a list of America’s Greatest Independent Record Stores! We’re honored to be a part of the list with other awesome record stores across the country. Click here to check out the full article! Here’s what they had to say:

In Brief: Located in a low brick building with an inviting patio behind a tall, rust-colored gate, Stinkweeds has specialized in showcasing underground music since 1987 — and not just in their extensive selection of CDs, cassettes and vinyl records. Back in the ’90s, Stinkweeds provided a space in Phoenix for names like Elliott Smith, Neutral Milk Hotel, and the Magnetic Fields when no one else would. The store sells tickets to local shows, and the staff is plenty knowledgeable; if you need a starting point to scope out the Phoenix music scene, Stinkweeds is your place.
Look For: MF Doom reissues, Beach House cassette tapes, turntable starter kits.