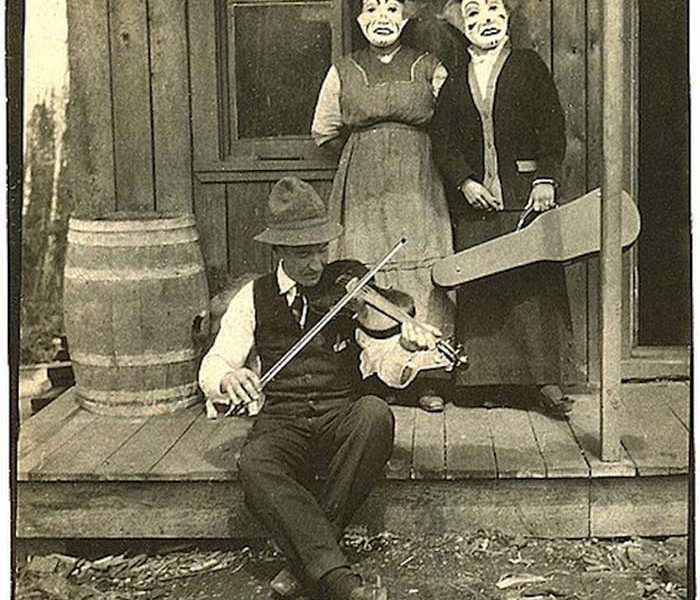 5 Songs That Creep The Hell Out Of Us!

This Halloween, we consider the tunes that may not have intended to be the stuff of horror movies, but somehow get under our skin. Music is best when it is evocative, and what feelings are more fun to bubble up than the scary ones.

These are just a few that do the trick for us. Please feel free to share yours in the comments section below.

This album found its way to my ears by way of a promotional copy the label had sent us. I put this one on after closing up shop one night. Maybe it was the lack of customers, or the dark silence that one finds in an empty store all alone, but when this song came on, I just had this overwhelming feeling that I was not alone. It wasn’t quite the presence of another person, but something unknown that made its way in through other means than the front door. It was too small to been seen from behind the record bins, yet too large to be in any one hiding space. That’s the problem with music. Sometimes, you can’t hide from it.

Dissonance is at the core of any great creepy tune. There are chords and notes that are pleasing to our ears and others that can create tension. These are often referred to as major or minor chords or intervals. A good song is often a perfect balance of the two. However, sometimes an artist can create something that is mostly, if not all, dissonance and tension and somehow make it work. Suuns are masters of this. The tension doesn’t only exist in the chords and melodies, their rhythms can cause just as much unease. The subtlety of their music serves to leave you in suspense. They’re not trying to shock you. It doesn’t sound like something bad is happening. It sounds like something bad is about to happen.

Timber Timbre carries the torch for all the theatrical, creepy weirdo outliers, like a Tom Waits or a Peter Murphy. His delivery is not subtle in its haunting nature. With song titles like “Demon Host,” “Bad Ritual,” and “Creep On Creepin On,” he seems to wear his spookiness like a badge of honor. Where 80% of his songs have all these elements, “Beat the Drum Slowly” stands out as some elevator nightmare music that resembles something familiar and domestic, but would sound very disturbing in the wrong context. Just imagine all the lights going out at a grocery store and this song coming on. Also, this video by Chad VanGaalen (also a fantastic musician) is absolutely perfect and creepy in it’s own way.

How did the clown become the stuff of nightmares? We can look back at famous “clowns gone bad” examples, like John Wayne Gacy or Stephen King’s “It,” but can we trace it back to an original source? Is there an original scary clown? I don’t know, but consider that clowns have always represented comedy and joy, and horror often comes from the idea of good becoming bad. The scariest things are often rooted in things we find to be good and pure in this world. This song isn’t about a monster or a scary clown – the narrator tells a sad tale of how this clown, who loved nothing more than to make people laugh, started to lose all the bright colors inside of him. Ironically, the source of the darkness growing inside this clown comes from the audience’s laughter. The one thing he wanted more than anything in the world becomes the horror that eats away at him from inside. We don’t know the ultimate fate of this clown, other than his embrace of the darkness. The musical accompaniment does foreshadow something terrible, as it swings back and forth from upbeat and lighthearted to something more sinister and foreboding. Grays, blacks and blues are much darker when they used to be yellows, oranges and reds.

You really want to creep out the trick-or-treaters? Play some Ligeti and watch as they slowly back away from your front porch. Chances are, most of those kids are pretty desensitized to your run of the mill horror. You want sounds of screeching cats and chains being dragged? Pick up a Disney Halloween album. You want to introduce them to the idea of existential dread and an acute awareness of the dark matter that surrounds all creation? Play some Gyorgy Ligeti.