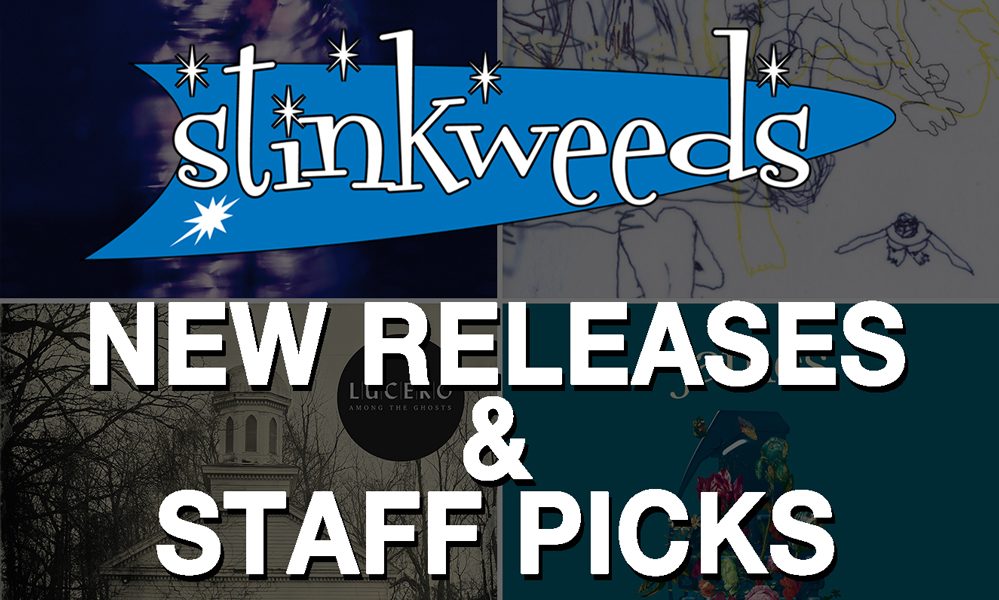 James – Living In Extraordinary Times CD/2xLP (BMG)
Mancunian outfit James returned in May 2018 with the Better Than That EP and follow it up with their fifteenth studio album, Living In Extraordinary Times. The sessions were overseen by Mercury Prize-winning producer Charlie Andrew and rising star Beni Giles. “Hank”, which appeared on the EP and opens the record, is further evidence that James have no inclination to shy away from politics. Tim Booth is an Englishman in America, and that particular perspective on Donald Trump’s American carnage couldn’t help but have an impact on the record. As well as biting social commentary, Living In Extraordinary Times also sees Booth speak frankly about deeply personal issues. On “Coming Home (Pt. 2)” (featuring long-time collaborator Brian Eno), he writes about the pain of being a father on tour away from a young child. It also features EP title cut “Better Than That”’ where Booth urges the universe to do its worst, like a man squaring up to life itself.

Lambchop ‎– What Another Man Spills [Reissue/1998] CD/2xLP+MP3 (Merge)
What Another Man Spills (1998) represented a milestone in Lambchop’s career, but not in the modern sense of a ‘landmark’ release. Building on foundations that had once sounded almost literally creaky, it expands upon the tentative maneuvers they’d undertaken with the previous year’s Thriller (1997) and gestures confidently towards its brassy successor, Nixon, which would arrive in 2000 to wild acclaim and previously unimaginable commercial success. Indeed, it sits at a crossroads between the band that Lambchop first emerged as, and the band that they would later become. [Limited deluxe colored vinyl pressing also available.]

Lucero – Among The Ghosts CD/LP (Liberty & Lament)
Lucero’s ninth studio album, Among The Ghosts, was recorded at the historic Sam Phillips Recording Service, the studio built by the legendary producer after outgrowing his Memphis Recording Service/Sun Studio. Captured primarily live, it eschews the Stax-inspired horns and Jerry Lee Lewis-style boogie piano featured on some of the band’s past recordings for a streamlined rock & roll sound that pays homage to their seminal influences as it seeks to push that legacy into the future. For a band who carried the torch of the alt-country movement back in the ‘90s and helped pave the way for what is now called Americana, Lucero have re-discovered what inspired them in the first place. The ten-song LP’s title is both a tribute to the spirits which roam the streets of their fabled city of Memphis, as well as the hard road the determinedly independent band set out on 20 years ago. Among The Ghosts has a dark palette that includes tales of a haunting (“Among The Ghosts”), a drowning (“Bottom Of The Sea”), a reckoning with the devil (“Everything Has Changed”), a divorce (“Always Been You”), and a shootout (“Cover Me”). And that’s just Side A.

Amanda Shires – To The Sunset CD/LP (Silver Knife)
Critically acclaimed singer/songwriter/violinist Amanda Shires’ follows up her critically acclaimed 2016 release My Piece Of Land with her highly anticipated fifth album, To The Sunset. It serves as Shires’ second album with Grammy award-winning producer Dave Cobb and represents an adventurous move with an edgier sound and attitude. Shires continues to push herself artistically and sonically, but the spotlight always shines brightly on her unmistakable songwriting style and emotive and distinctive vocals. To The Sunset is a compelling collection of narratives often told from a female perspective. The themes range from grappling with self-esteem in “Mirror, Mirror” to mental illness and addiction in standout track “Wasn’t I Paying Attention?” and the power of a changed perspective with a dash of her signature wit in “Break Out The Champagne”. Shires has a penchant for delivering her stories in ways that are intelligent and poetic yet thoughtful and warm, feeling as if coming from a good friend. One of the boldest and most honest traits about Shires is her fearless way of approaching subjects and plots within her songs. Features special guest Jason Isbell on guitar.

Spider Bags – Someday Everything Will Be Fine CD/LP+MP3 (Merge)
Recorded in Memphis at Bunker Audio by Andrew McCalla (who also engineered Spider Bags’ seminal 2012 rock and roll party record Shake My Head), Someday Everything Will Be Fine leverages the limitations and glory of the Tascam 388, a vintage recording/mixing device that’s acquired a mythos via its association with legendary records by Dinosaur Jr., East River Pipe, the Black Keys, Ty Segall, and Thee Oh Sees to name a few. [Deluxe colored vinyl pressing also available.]

Blockhead – The Art Of The Sample LP (Young Heavy Souls)
New York hip-hop producer Blockhead was given access to sample de Wolfe’s music library and create his own library record. In his own words “These are not typical Blockhead songs. They’re more stripped down and focused for the purpose of being used in TV and film. For those who are unfamiliar with de Wolfe, they are a music library that has been doing music for film, radio and television for nearly 100 years. They make original music that gets plugged into all sorts of things and has been heard around the world. If you’re a producer, you have very likely sampled them and not even realized it. I was fortunate enough for them to allow me to make an album entirely out of their back catalogue.”

The Love Language – Baby Grand CD/LP+MP3 (Merge)
You may not be able to see the gorgeous landscapes behind Baby Grand, Stuart McLamb’s fourth record as The Love Language, but they’re so essential to the picture you’ll feel them in every note. Yet so much lies in the shadows behind these tracks: other states, other lives, other dreams, other relationships – fogged over, perhaps, but there nonetheless. Yes, Baby Grand has its share of breakup songs – nobody writes those better than McLamb – but this time, even as something is being mourned, something else is being worked through; as lovers have been left behind, so have places and a time in life. Listen as the heartbreak and yearning of “New Amsterdam” come crashing down into the beautiful stasis of “Southern Doldrums” (the former was inspired by Cyndi Lauper and Joy Division, McLamb claims, while the latter draws upon John Cale’s meditative solo records), or as the beautiful lift of the startling sequence of songs that make up Baby Grand’s propulsive midsection gives way to a moody instrumental called “Rain/Delay”, a collection of distant plinks and plonks struggling to assemble themselves into melody. The song “Juiceboxx” is what you’d get if Mick Jagger crooned his “Emotional Rescue” falsetto over a backing track by the Style Council, and “Let Your Hair Down” impressively suggests what “Caroline, No” might have sounded like if only it had been written by George Michael. [Deluxe colored vinyl pressing also available.]

Nas – Nastradamus [Reissue/1999] 2xLP (Sony Legacy)
Since the release of the landmark Illmatic in 1994, Nas has proven himself to be one of hip-hop’s most potent, durable, and abiding forces. 1999’s Nastradamus served as the rapper’s fourth of eight consecutive platinum and multi-platinum albums. Issued on the cusp of the millennium, it finds him waxing poetic about the future and spirituality bolstered by beats from the likes of DJ Premier, Havoc, Timbaland, L.E.S., Dame Grease and Rich Nice.