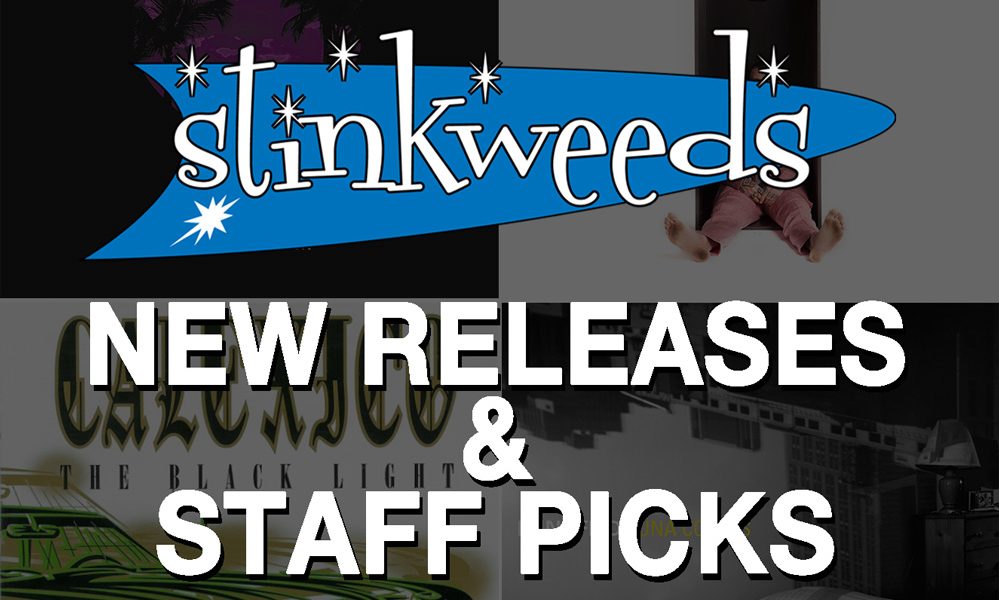 Lone Justice – The Western Tapes, 1983 CD/EP/12” (Omnivore)
Musician and producer Marvin Etzioni first saw Maria McKee and Ryan Hedgecock in a club in 1982, playing George Jones and Hank Williams covers. He convinced them they needed original material. After working and writing, Lone Justice added Dave Harrington (bass) and Don Willens (drums), the band worked up material with Etzioni and cut five of the six tracks at the famed Record Plant. An earlier session provides the sixth track. The Western Tapes, 1983 exhibits the genesis of this highly-influential band. While the original demo version of “Drugstore Cowboy” has appeared on various compilations, the remainder of the other tracks from the sessions have remained in the can. Two of the tracks appear in their earliest demo form and wound up landing on the classic 1985 debut Lone Justice, “Working Late” and “Don’t Toss Us Away” (written by Maria’s half-brother, Bryan MacLean of the classic band, Love) which would eventually become a country hit for Patty Loveless.

Calexico – The Black Light [Reissue/1999] 2xCD/2xLP (Quarterstick)
An album about crossing physical and metaphorical borders that has never been timelier: Calexico’s classic album The Black Light turns 20 in 2019. This celebratory anniversary edition includes all new artwork by Victor Gastelum, extensive liner notes, and 11 bonus tracks. What was surprising about The Black Light (and what set its architects apart from their indie rock peers) was the album’s unusual willingness to wade into the rapids of American and Mexican culture, fully immersing itself midstream. From the outset, with “Gypsy’s Curse”, the record combines guitar twang and flamenco flourishes; and by its end, almost an hour later, it’s contrived a skillful and instinctive union of smoky bar room jazz, arthouse indie rock, and compelling mariachi brass in “Frontera”. [Limited clear vinyl pressing also available.]

City And Colour – Guide Me Back Home CD/3xLP (Dine Alone)
City And Colour, the moniker of singer-songwriter Dallas Green, is undeniably one of the biggest groundswell stories to emerge from Canada. Guide Me Back Home is a 20-track, 3LP live album recorded on a recent Canadian tour where Dallas performed solo, going back to his roots and acoustically reworking favorite songs from throughout his catalog. The quality of the live recording is exceptional and Dallas’ vocal delivery really shines in the intimate live setting in a unique way to the original studio recordings. [Limited orange colored vinyl pressing also available.]

Jacco Gardner – Somnium CD (Polyvinyl)
Somnium is not necessarily representative of Jacco Gardner’s new Lisbon surroundings in an obvious sense but more a depiction and projection of his thoughts and dreams whilst spent walking the streets; which he did whilst thinking about the books he’d been reading and imagining those worlds put to sound. Jacco has been known to create swirling psychedelic pop boosted by his rich, resonate and baroque voice but on Somnium, his vocals are gone and in their place is an equally seamless melodic exploration but an instrumental one with a synthesized sci-fi edge. [Vinyl edition due November 30.]

Steve Kilbey – Sydney Rococo CD/LP (Golden Robot)
New solo album from Steve Kilbey of The Church. Sydney Rococo is a collection of songs he has written over the last five years. The songs paint a picture about life in the fast growing and evolving Australian city, famed for her beaches and landmarks. Each song is a love song, but also a tale of woe and heartache.

Laibach – The Sound Of Music CD/LP (Mute)
The genre-breaking Slovenian collective has re-recorded the soundtrack for the beloved Julie Andrews film, The Sound Of Music. In 2015, Laibach famously performed much of The Sound Of Music‘s soundtrack in Pyongyang, North Korea. Included on this album are Laibach’s industrial-leaning takes on favorites such as the musical’s title track, “Favorite Things” and “Do-Re-Mi”. Also featured are the band’s renditions of “Arirang”, the unofficial national anthem of Korea, and “The Sound Of Gayageum”, a drum-heavy composition highlighting the traditional Korean instrument.

Various Artists – Venezuela 70 Vol.2 – Cosmic Visions Of A Latin American Earth: Venezuelan Rock In The 1970s & Beyond
Another hot-wired collection of the most forward-thinking rock music to emerge from Venezuela during the 1970s. Styles as far-flung as disco, prog, Latin jazz, psych-rock and more are all bent into innovative new shapes across these eighteen tracks.

Luna – Lunafied 2xLP (Run Out Groove)
This brand-new Run Out Groove collection includes all of Luna’s rare and out of print Elektra-era cover songs – many unreleased on vinyl – on one full length release. Sourced from the original masters with lacquers cut at Sam Phillips Recording Studio, this double-LP set is pressed on 180gm colored vinyl housed in a numbered gatefold tip-on Stoughton jacket.

Mac Miller – Swimming 2xLP (WB)
Released in August on CD – now available on vinyl. Introduced by the sonically laid-back and funk/R&B-heavy tracks “Self Care”, “Small Worlds” and “What’s The Use?”, Swimming is the last offering from shape-shifting rapper/singer/producer Mac Miller who died on September 7. The album includes contributions from fellow rapper/producer J. Cole, British singer/songwriter Dev Hynes (aka Blood Orange) and composer/instrumentalist John Brion. Miller told Zane Lowe that the album is focused on space and “what it means to be inside of a record.” RIP.

Oneohtrix Point Never – Love In The Time Of Lexapro 12” (Warp)
OPN’s second post-Age Of EP features all new and unreleased music including two brand new tracks – “Love In The Time Of Lexapro” and “Thank God I’m a Country Girl” – and two very different takes on Age Of album cuts. The first is a rework of “Last Known Image Of A Song” by noted OPN fan and collaborator, Ryuichi Sakamoto. The second is a cover of the standout vocal track Babylon by indie darling (Sandy) Alex G who’s subdued take on the track serves to highlight the lyricism and craftsmanship of the original.

Songs: Ohia – Love & Work: The Lioness Sessions 2xLP (Secretly Canadian)
Molina’s 2000 album expanded with a second LP of never-before-heard recordings from the album sessions plus a 16-page book and ephemera. The Lioness is the first Jason Molina project to fully turn away from the battlefield folk and deconstructed Americana of earlier Songs: Ohia recordings. At the dawn of the 21st century, the album felt modern. It aligned Molina with a new set of peers – Low, Gastr del Sol, Red House Painters and, most importantly, the influential Scottish band Arab Strap, whose producer and members were crucial in the creation of The Lioness. [Limited colored vinyl pressing available.]