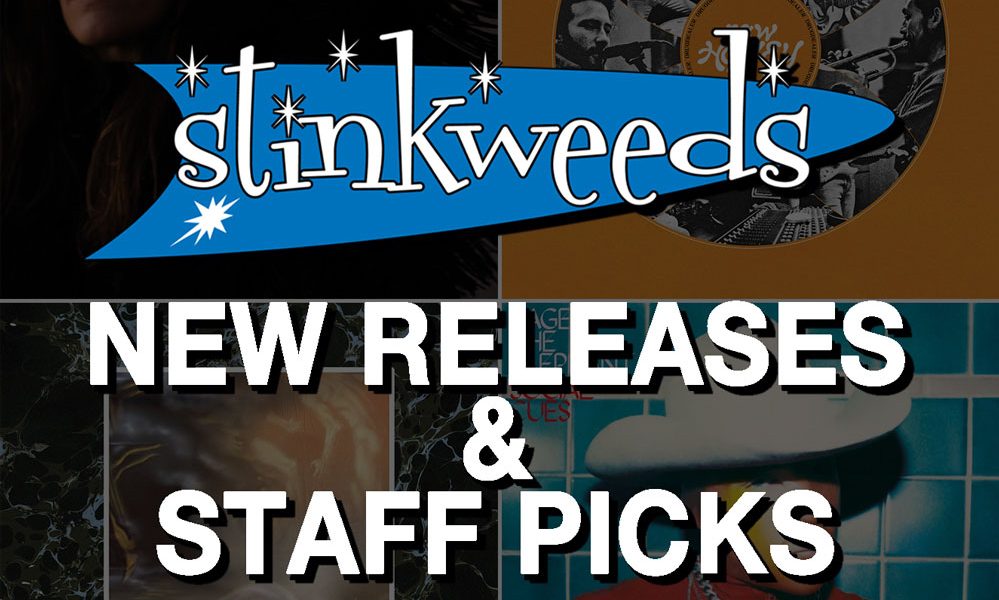 Cage The Elephant – Social Cues CD/LP+MP3 (RCA)
“Social Cues is a satisfying collection of glitzy anthems, breezy vibes, and even some earnestly introspective highlights that showcase technical and creative maturity. From the start, the album impresses with its production courtesy of John Hill, whose work with venerated peers like Florence + The Machine and Portugal The Man speaks for itself. Opener ‘Broken Boy’ immediately dishes out dissonant energy and ethereality before channeling 1960s surf rock attitude via sharp, overlapping guitar chords and steadfast rhythms. Blended with vocalist Matt Shultz’s trademark presence, a fusion of 1970s punk attitude and classic Mick Jagger swagger, it’s a superficial yet sufficiently gripping good time. Likewise, the consequent title track is lighter and more danceable in terms of both mix and melodies, whereas ‘Night Running’ is funky and spacey, entrancing the listener in easygoing colorfulness and—thanks to special guest Beck—warmly chill vocals.” – Pop Matters

Drugdealer – Raw Honey CD/LP (Mexican Summer)
Raw Honey continues where The End Of Comedy left off, with Collins once again leading an ace crew of collaborators to coalesce the spirit of Drugdealer’s classically modern pop. He has an ear for penning numbers that would sound as at home on Classic Rock radio as they would at Zebulon in Los Angeles. Rather than hiding behind a curtain or casually sidestepping AOR tropes, Raw Honey adheres to a modern kind of creation – one that cultivates influences and espouses reverence.

Yawpers – Human Question CD/LP+MP3 (Bloodshot)
The Yawpers are the sheep in wolf’s clothing. Through their first three albums, the group divined a signature style-what Pitchfork described as “an expansive vision of rock ‘n’ roll, one that cherrypicks from various folk traditions: punk, rockabilly, blues, whatever they might have on hand or find in the trash.” The sound is a front-heavy, groovy, fire & brimstone punk-blues overlying a dynamic and metaphysical roots rock. On their fourth album, Human Question, the Denver trio zooms out to a vaster and accessible stylistic and spiritual universe. The 38-minute thrill ride generates growth and cathartic self-reflection for audience and performer alike. If there was justice in this world, the Yawpers would be the savior that rock and roll didn’t know it was waiting for.

Heather Woods Broderick – Invitation CD/LP (Western Vinyl)
Heather Woods Broderick’s new album Invitation is about rediscovering the everyday magic and healing potential found in nature. It’s also about recognizing that even though it’s not easy, we can shift our perspectives on our lives when our circumstances seem bleak. Ultimately it’s about accepting the myriad little invitations the universe sends us to keep moving forward, and in so doing, redefining one’s self-perception, in order to establish a new sense of equilibrium and inner peace.

Jonatha Brooke – Imposter CDEP (Bad Dog)
On her new EP, Imposter, Jonatha stated, “I explored a few different themes on Imposter; feeling like the emperor with no clothes, a very cinematic excursion into revenge, that ever present struggle with faith and loss. These are songs I developed and fell in love with over a longer period of time than usual, so I had the luxury that they turned out exactly as I had hoped and dreamed they would.

TR/ST – The Destroyer – 1 CD/LP (House Arrest)
The first of a pair of new albums to be released this year by Robert Alfons aka TR/ST (pronounced ‘Trust’). Up first is The Destroyer – 1, which Alfons considers “really intense, sort of promiscuous in its sound,” and certainly more uptempo, while the “darker” The Destroyer – 2 will be out later in the year.

Resonars – No Exit LP (Trouble In Mind)
Over the course of 22 years and six albums as The Resonars, Matt Rendon’s musical vision has remained unwavering; a paean to a lost-era of analog recording, whip-smart, dynamic songwriting, and soul-stirring anthems to ignite generations. No Exit is his latest album as The Resonars. Rendon has consistently proven to have a knack for an everyman style of songwriting that doesn’t seem rote or tired, lacing his melodic vocal harmonies with that melancholic joy omnipresent in the best numbers by bands like The Beach Boys, Big Star or even Simon & Garfunkel’s pop hits.