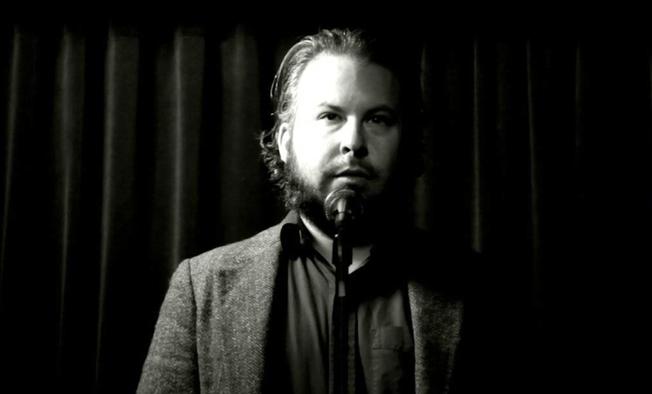 Joe Medina (Merch) makes the kind of music that gets picked up by other artists before it hits the ear of the general public. Maybe this is why his newest album features members of Oh Sees and The Growlers; maybe this is why his accolades come from well respected, underground publications, artists, writers and from other musicians like John Dwyer; and this is likely why he’s booking his entire tour at record stores. You are the front line for what’s good. Like those artists and musicians who have their ear to the ground, you’re able to recognize great music without having to be told it’s great.

So, let’s show Merch how much we appreciate this sort of humble existence in music and show up for a live, intimate performance, right here at Stinkweeds.

This tour is in true DIY fashion and in the spirit of DIY, we’re going to let Medina sell you on his music and this show, with his own words.
Here’s what he sent to us:
“Late in July I am hitting the road to support my album ‘Amour Bohemian’. Oh, maybe you haven’t heard of it? Well, that’s what this record store tour is for! ‘Amour Bohemian’ is an album released on vinyl towards the end of 2017 that was recorded with everyone from the Prague FILMharmonic Orchestra to members of Oh Sees and The Growlers backing me up on it. All in all, 65 people went into making this epic album (don’t worry, this tour is a solo w/ guitar kinda thing with orchestral backing tracks) that has received loving press in everywhere from Popmatters to PASTE. If you have record shoppers that come to your store that dig stuff like Drugdealer, Ariel Pink, Kevin Morby, Leonard Cohen, Oh Sees, Harry Nilsson, Lee Hazlewood, Scott Walker, and just the weirder side of pop–this record and this record store performance will be for them. This record store tour will be taking me all over the United States as well as the U.K. and Europe.”