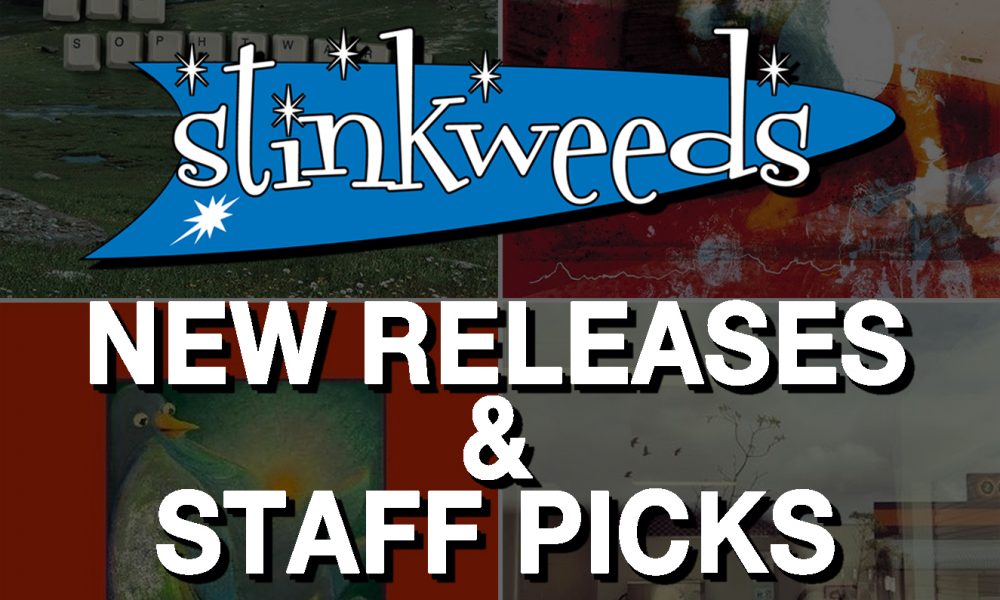 The Hold Steady – Open Door Policy CD/LP (Positive Jams)
“We recorded Open Door Policy in two different sessions in the back half of 2019. Once again, we teamed with producer Josh Kaufman and engineer Dan Goodwin, this time at the Clubhouse studio in upstate NY. Our intention was to create an album that worked as a grand piece, rather than a collection of songs. 2019 was an active year for The Hold Steady – our writing was consistent, and new songs were coming in pretty regularly. The recording process was creative, open and fun. The songs on Open Door Policy are about power, wealth, and mental health. They’re about technology, occupation, consumerism, freedom, fandom and escape. And although the album was written and recorded in 2019, the themes of this record seem to be underscored and highlighted by this year of virus and quarantine.” – Craig Finn [A limited-edition indie store only colored vinyl pressing is available.]

Mogwai – As The Love Continues CD/2xLP+MP3 (Temporary Residence)
Mogwai has advanced without a plan since they were teenagers; there have been no secretive meetings to work out the master plan. It is rare to hear a band that has been going for this long and have this many albums behind them – ten records in and still no disappointments or mistaken creative left turns. You may know what to expect, but you will never get the same. Both transcendent and surprising, As The Love Continues shows that Mogwai are still offering solace from the mundane, supplying the soundtrack to whatever movie you are making in your head. Produced by Dave Fridmann the album features contributions from Atticus Ross (“Midnight Flit”) and Colin Stetson (“Pat Stains”) and arrives almost exactly 25 years after the release of the Mogwai’s debut single, “Tuner” b/w “Lower.” [Limited-edition indie store only yellow vinyl pressing is available.]

Gatecreeper – An Unexpected Reality CD/LP (Closed Casket Activities)
An Unexpected Reality is Gatecreeper like you’ve never heard them before. Exploring both ends of the tempo spectrum, this release offers two opposing sides of the band’s musical personality. Side one consists of seven short, sharp shocks that have a total running time of less than seven minutes. Inspired by grind, punk and hardcore, tracks like “Starved,”Rusted Gold” and “Amputation” are some of the fastest offerings the Arizona death metal squad has ever recorded. Side two is the exact opposite. Consisting of a single 11-minute track entitled “Emptiness,” this is Gatecreeper at their slowest and most funereal. Think of it as an extended version of the death-doom tracks that the band closed out Sonoran Depravation and Deserted with.

Grandaddy – The Sophtware Slump… On A Wooden Piano CD (Dangerbird)
Modesto, CA’s influential indie-rock group Grandaddy celebrates the 20th-anniversary of their classic second LP, 2000’s The Sophtware Slump with a brand-new solo piano recording of the album by principal songwriter Jason Lytle. The candid arrangements reveal new layers of meaning embedded in The Sophtware Slump’s melancholy and touching vision of the future. With a meticulous yet scruffy sound that continues to draw comparisons to a post-millennial OK Computer – and which Pitchfork called “a sad, quaint, low-key Y2K-era classic” – The Sophtware Slump, now heard as a solo piano album, is a chance to let the songwriting shine.

Tash Sultana – Terra Firma CD/LP+MP3 (Mom + Pop Music)
One of Australia’s greatest self-made successes, Tash Sultana is a one-person powerhouse who commands multiple instruments and gear, whether on-stage or in-studio. A globe-trotting sensation with a live show that needs to be seen to be believed, the 25-year-old’s second album Terra Firma is a natural evolution of their multi-dimensional jams. [Limited translucent yellow color vinyl pressing also available.

Ty Segall / Cory Hanson – She’s A Beam 10” (Drag City)
Two boys with guitars, stretching songwriter muscles, reaching for places every on the neck, for notes they’d never played before. Trippy, feelgood pop songs with lightness and rock, from epic, energetic, happy, headbanging days. Laid down in sweet solid state, like instant nostalgia for the world that would soon be ‘used to be…’

Neil Young – The Times LP (WB)
Recently released on CD – now available on vinyl. The Times is a moving and topical solo acoustic performance, a unique collection of songs, filmed at home during lockdown as part of the raw and personal, Fireside Sessions series. The Porch Episode is the sixth session and is available only on neilyoungarchives.com. The album includes the EP Lookin’ For A Leader – 2020: “Alabama”, “Campaigner”, “Ohio”, “Southern Man”, and Bob Dylan’s “The Times They Are A-Changin”, and closes with “Little Wing” from Homegrown.

NEIL YOUNG – Way Down In The Rust Bucket CD/LP