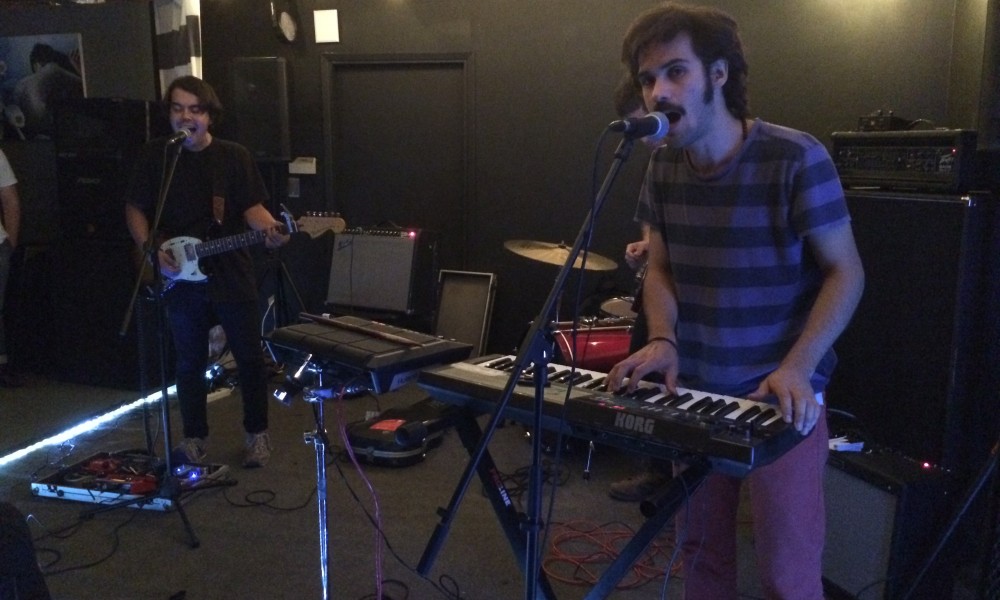 Last month, Arizona hosted a slew of great psychedelic rock (a blanket term, I know…) bands on their way to and from Austin Psych Fest. The festival had an impressive lineup this year (including The Flaming Lips, Tame Impala and The Jesus And Mary Chain), but I ended up completely entertained by some of the smaller names on the lineup when they passed through the Valley. The following are the best bands I saw on their way home from Austin Psych Fest:

Vaadat Charigim (Israel) – 5/11 at The Trunk Space
Vaadat Charigim is a shoegaze group from Tel Aviv. They recently released their second album, Sinking As A Stone, on California-based label Burger Records, and were touring the US in support. My band was fortunate enough to open for these guys. Their stripped down set (just guitar, bass and drums) felt at home with The Trunk Space’s minimal sound rig.

Mugstar (UK) – 5/14 at Last Exit Live
Mugstar was the band on this list I knew the least about prior to their show at Last Exit last month. Their style is more in-your-face, booming, wall-of-sound psych than the other bands mentioned here. Their sound was abrasive but each long and winding tune managed to take the crowd on a brief mental trip.

The Holydrug Couple (Chile) – 5/25 at 51 West (pictured)
The Holydrug Couple’s newest album Moonlust (released last month on Sacred Bones Records) is one of my favorite albums I’ve heard so far this year. I first heard it overhead in the shop and was immediately captivated by the dreamy, lush mix of reverb-drenched guitars and prominent synths. The album is reminiscent of Tame Impala’s work – mellow, yet rocking; catchy, yet with an element of complexity.