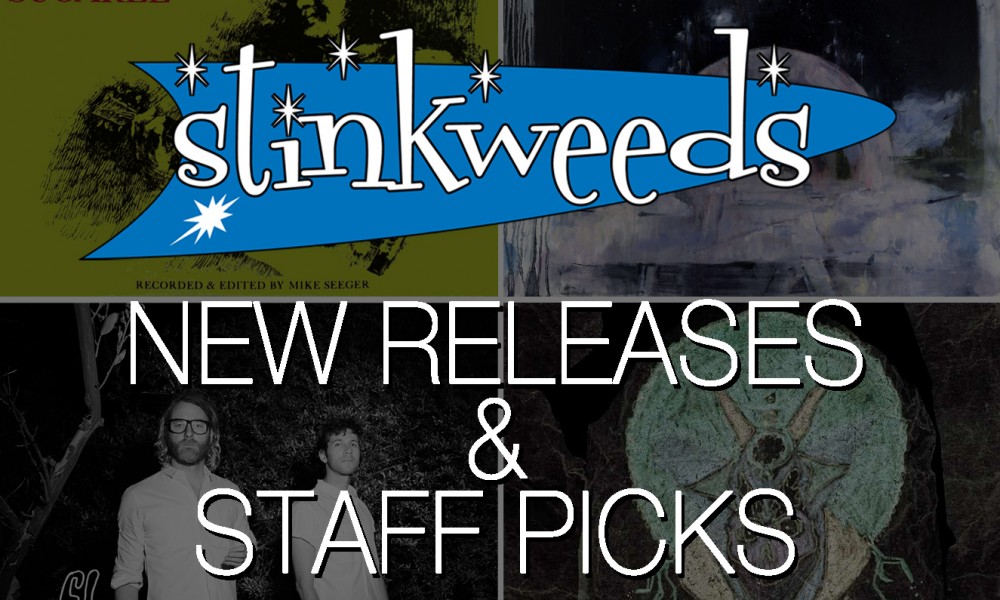 EL VY – Return To The Moon LP (4AD)
Finally available on LP. El Vy (pronounced like a plural of Elvis; rhymes with ‘hell pie’) is the musical collaboration between Matt Berninger, vocalist and lyricist of The National, and Brent Knopf, the Portland musician and producer best known for his work in Menomena and his more recent band, Ramona Falls. Their 2015 debut album Return To The Moon is a project Berninger and Knopf have been thinking about for years. Their friendship spans nearly a decade, starting back when the National and Menomena played small half-empty clubs along America’s West Coast. Feeling an immediate musical kinship, the pair kept in touch, Brent sending Matt occasional rough sketches of music and Matt responding with melodies and lyrics. Finally, in the winter and spring of 2014-15, they actually got together to make an album.

All Them Witches – Lightning At The Door [Reissue/2013] CD/LP+MP3 (New West)
Lightning At The Door is an eight-song, kick you in the teeth, swirling mixture of blues, psych, boogie and jam rock. Originally released in 2013, this reissue features two bonus tracks from the original recording sessions. “A brooding feel pervades, and some ofLightning At The Door‘s most effective moments are in its quieter, ambient reaches, beginning with the walk-into-water intro to opener ‘Funeral For A Great Drunken Bird,’ volume swells of guitar feedback shifting smoothly into warm, natural-sounding fuzz given melodic breadth by [Fender Rhodes specialist] AllanVan Cleave‘s keys.” —The Obelisk

Daughter – Not To Disappear CD/LP (Glassnote/4AD)
Nearly three years after the release of their debut album If You Leave, Daughter — the London-based trio of Elena Tonra, Igor Haefeli and Remi Aguilella – return with a new album.“The slow, improbable rise of gorgeous slowcore-folk trio Daughter brings me great pleasure. Elena Tonra is a masterful lyricist and vocalist, but it’s not just her that makes Daughter such a well-balanced, elegant act. Guitarist Igor Haefeli and drummer Remi Aguilella expertly and carefully construct the kind of wounded, dark pop prisms that let Tonra’s voice, and the stories of pain it tells, take front and center.” – Stereogum