This week is a strong week for new releases. So I’ve decided that our September favorites would include only titles that were released this Friday. What I found was a common theme in the need for patient listening. So along with these reviews, I pose a challenge for you, reader. If any of these albums speak to you, find some time this week (it’s less than an hour), pop on some headphones and give one of them a full, uninterrupted listen. These are not instant hits. This is not “fun music to drive to.” These are deeply conceived pieces of art that beg you to let them pull you in. Like any art, the onus falls on the one consuming to give it meaning. The summer is over. The lawn darts are put away. Labor Day has passed, and colors are now dark and uninviting to outdoor barbecue. Let us contemplate the winter and the welcoming warmth of heaters and sweaters. Yes, you can still wear shorts. Sandals are out. 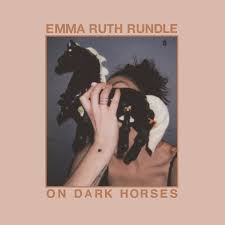 Conceptually, everything was in place for this to be a solid listen. Rundle’s songs are personal in that way that makes you lean in to a conversation, so as not to miss the meaning of the words. The instrumentation is comfortable and intuitive. Some bands sound like everyone showed up for rehearsal, well versed in a style, needing little to no direction. But my ears keep going towards the production of the album. Everything is heavily compressed, creating a weight on top of the instrumentation, pulling this into the realm of doom metal, when the songs are perfectly comfortable as dark folk rock. This is a welcomed effect. The studio is a place to create an experience that goes beyond the simplicity of a song. The choices made on this album are the reason I’m reviewing it. Rundle’s songs are fantastic and her voice is worth of all praise. But, the added heaviness is what begged me to give it a second, attentive listen. 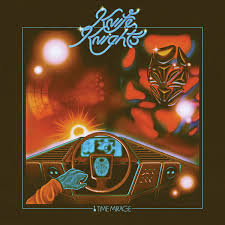 To say that Ishmael Butler is the future of hip hop is to imply that hip hop will someday catch up to him. If we’re working in a universe where time travel is possible, I would posit that an alternate dimension is a more applicable device. Butler has been creating otherworldly music since the early 90s. HIs work with Digable Planets was perhaps a bit more digestible than his more recent work, but still had that dreamy, foggy sound that has stayed with him. Knife Knights is only a small departure from his work with Shabbaz Palaces, introducing some new elements and instrumentation. But it is still rooted in mind bending sounds. There are elements of throwback 80s synth-wave (or Vapor Wave, as I’ve heard it called. Personally, not a fan of that genre name), yet the strong hip hop influence pulls it out of this context, resulting in a head-scratching sound that may be too poetic for the escapism of synth-wave and too psychedelic for hip hop. This is a sound that I’ve only heard on other projects that Butler has lent his talent to. It is wholly original and seemingly inimitable. 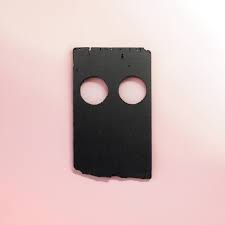 Low has been experimenting with understatement since 1993. With their earlier work often only made up of voice, guitar and drums, they cultivated a heavy sound with quiet performance. They are considered pioneers of dream pop and shy cousins of the 90s shoegaze scene. Their most recent albums have flipped the approach, turning up the volume knob and offsetting this change with light melodies and dreamy soundscapes. Double Negative opens with a heavily distorted pulse of sound that continues, with subtle layering, for 2 minutes, before we hear the familiar harmonies of  Alan Sparhawk and Mimi Parker as they fight their way out of this cavern of sound. When an album chooses such a bold opening, It can be seen as a way to prepare the listener for what’s to come. This “pulse” is prevalent throughout the album. Similar to how Low would find their identity in limited instrumentation, the new sonic pallet they have adopted does not attempt to take center stage. It is planted into their existing identity. We are occasionally allowed a taste of past “Low,” but never encouraged to reminisce. 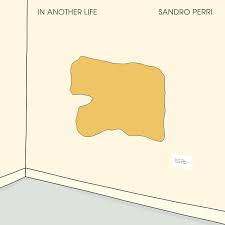 Sandro Perri – In Another Life [Constellation]

Perhaps it’s a response to the pace of our world. The 3 minute song format is not a new thing, but it seems to have shaped the way we consume so much media. Youtube offers 5 minute movies, the countless blogs (including this one) offer us quick reads. When an artist like Sandro Perri asks for 25 minutes of my time, for just one song, I’m hesitant to comply. But, what does that say about me as a listener? We don’t like our music to conform to popular trends. We want to think we’re on the outer bounds of taste. Why should it conform to popular time formats? Perri was one of the first artists I remember hearing on the Constellation label that didn’t fit their usual format of brooding orchestral pieces of music, played loud with intensity. His music was quiet with a hint of optimism. His voice is delicate and restrained. But, the musicality of it all fits with the risk taking that Constellation is known for. In Another Life is a testament to that risk taking. 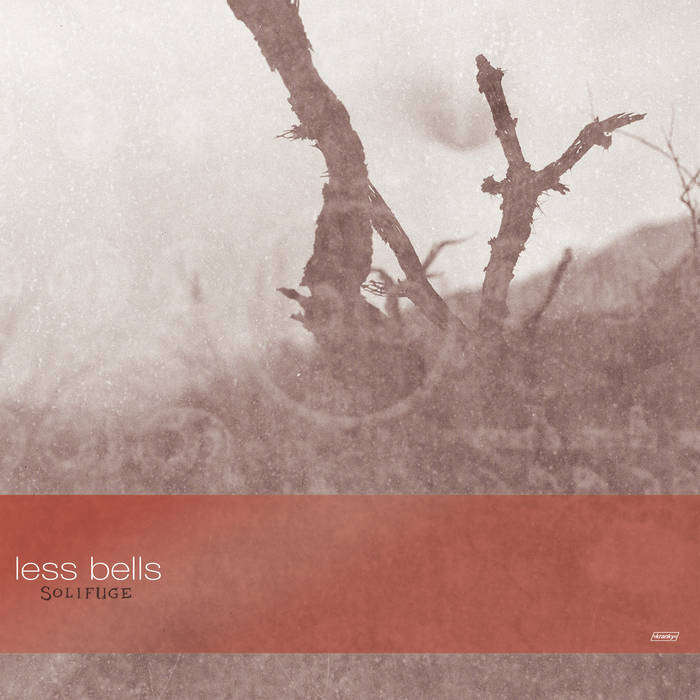 Less Bells is the work of composer/violinist, Julie Carpenter. These are ambient pieces that rely heavily on acoustic instrumentation, playing with the way sound moves through a space. The strings sound far away and cavernous. More upfront, we hear the synthesized sounds, creating a contrast between the air needed to produce acoustic sound and the direct contact of electrical signals. If you read about Julie Carpenter, you will hear about her move to Joshua Tree. No doubt, comparisons will be made with the otherworldly landscape. But we shouldn’t forget that Joshua Tree is also a city, and one only an hour away from Los Angeles. It is a refuge from the chaos. It’s desolate beauty is enhanced by the manufactured world only an hour away. When listening to Less Bells, I am not transported to the eerie wilds of California. The wilds are brought to me, in a big city, where refuge is well needed and often fleeting.