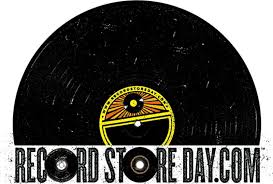 If Record Store Day seems like it’s sneaking up on you a little earlier than it has in the past, it’s because IT IS! This year, RSD has been moved up from the third Saturday in April to the Second Saturday, falling on the 13th!

We’ll be opening up shop at 9am that day, and of course we’ll be stocked up with as much of these awesome exclusives as we can get our hands on. We’ll also have our famous goodie bags going to the first 100 customers.

A little later in the day, we’ll have some awesome performances and DJ Sets (to be announced next week). You’re going to want to keep your eye out for this announcement. We think you’ll be very excited!

In the meantime, take a look at all the RSD Exclusives (listed below rules and regulation) and start making your wish list! As with every year, there are some rules, which I will include NOW! 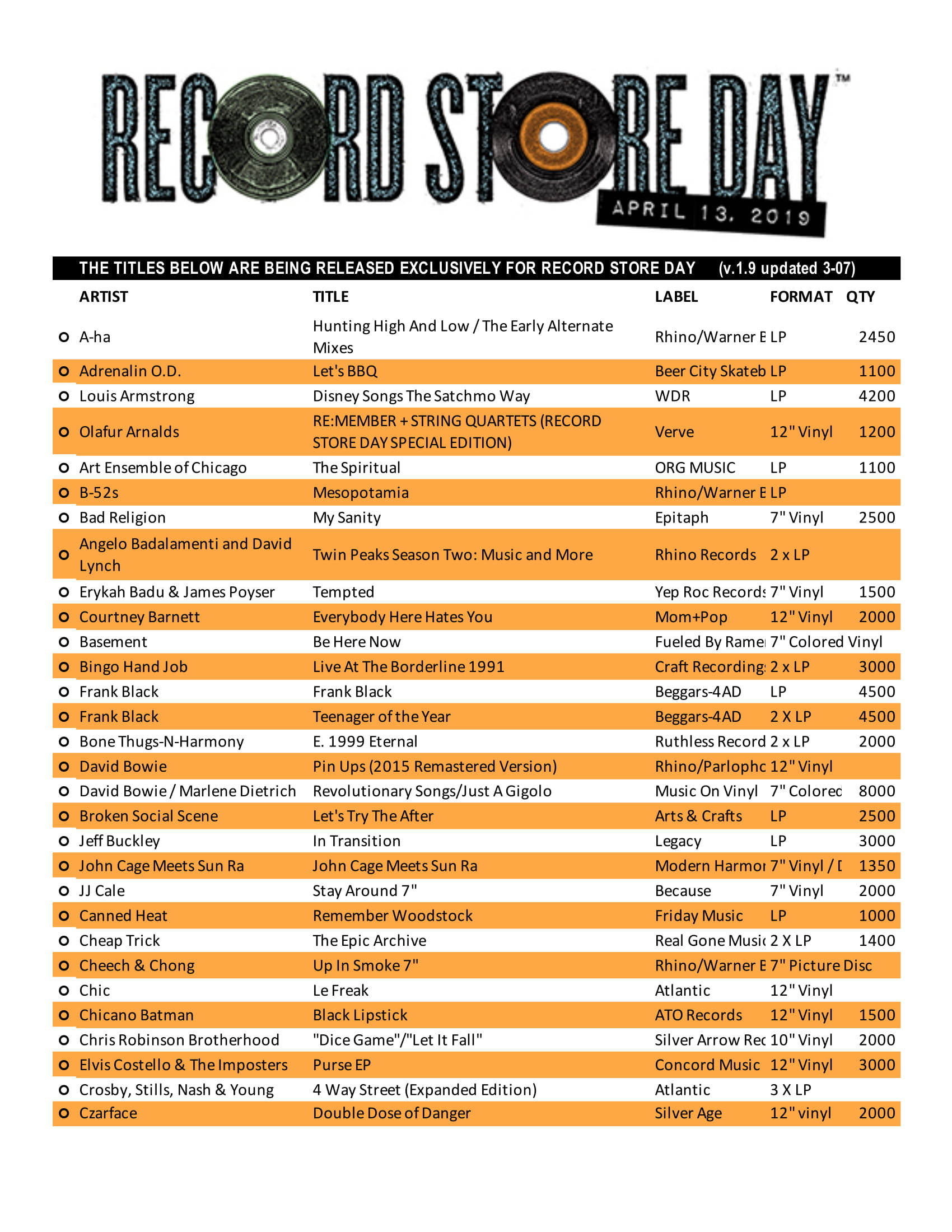 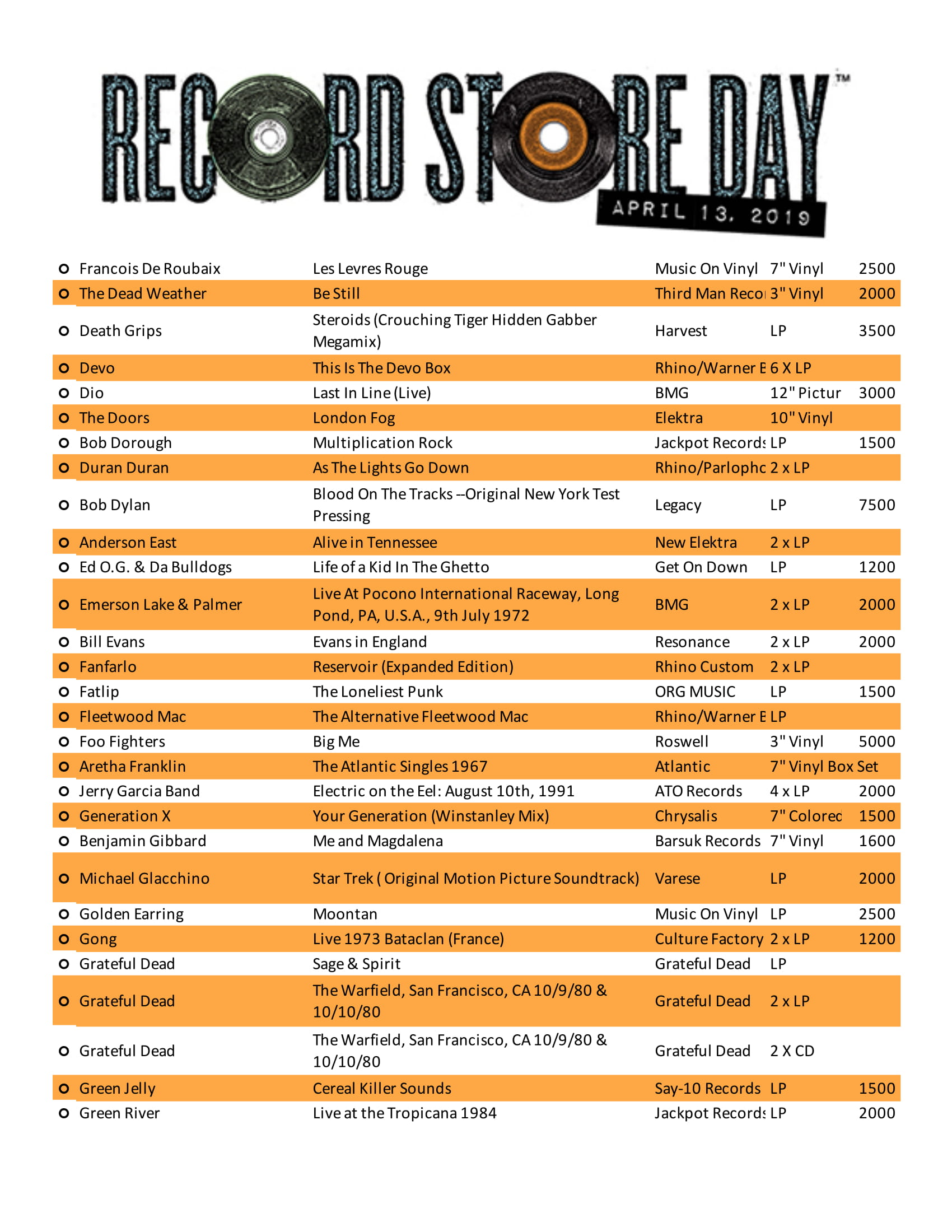 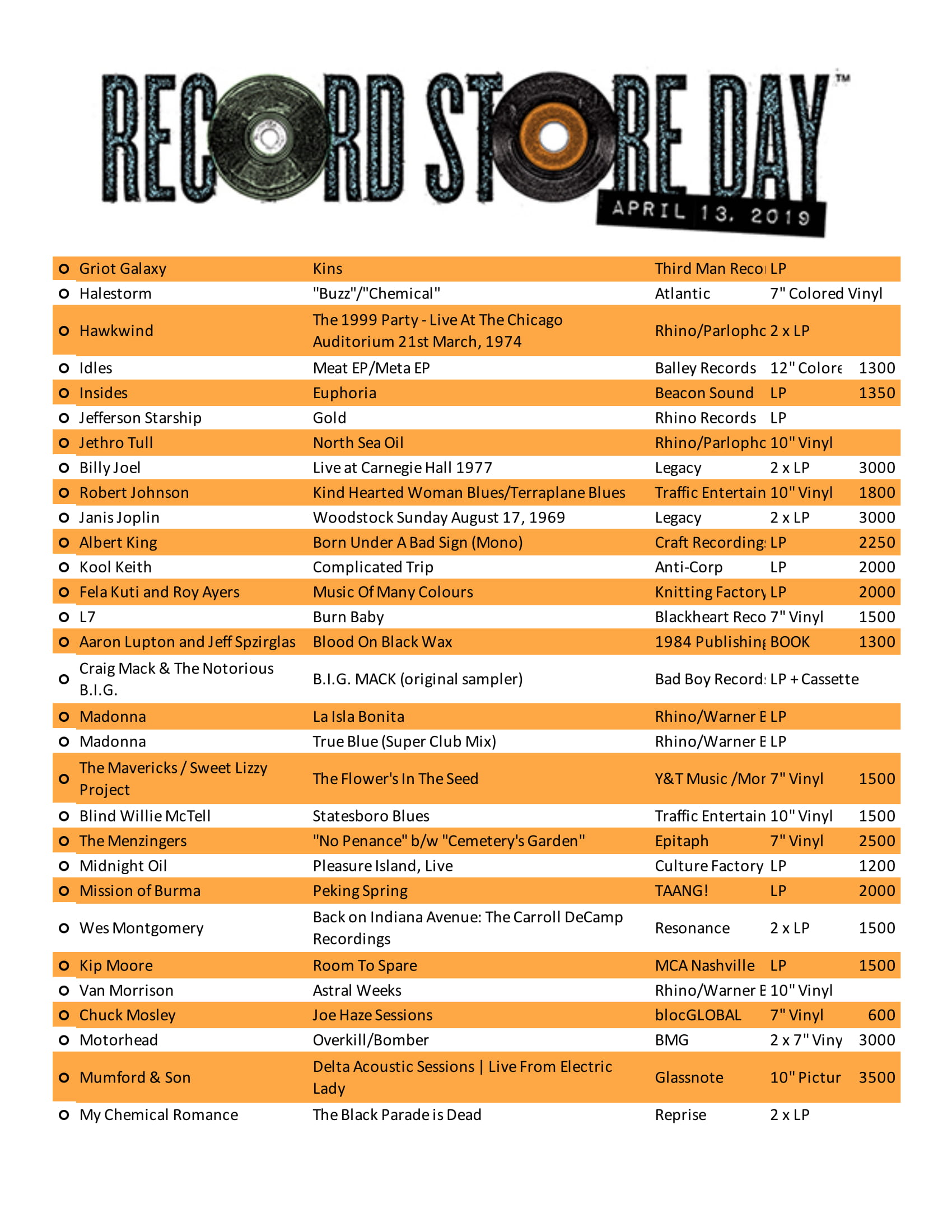 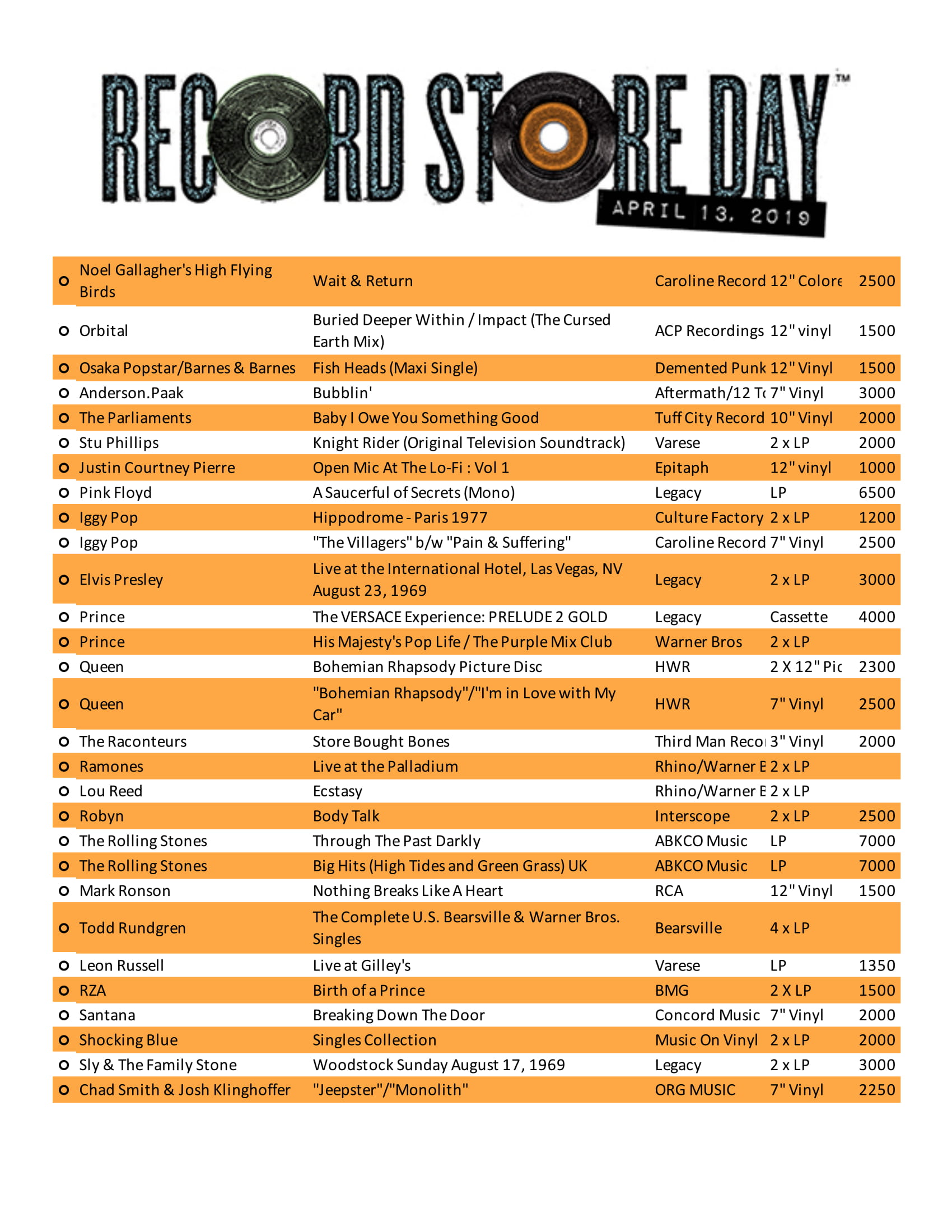 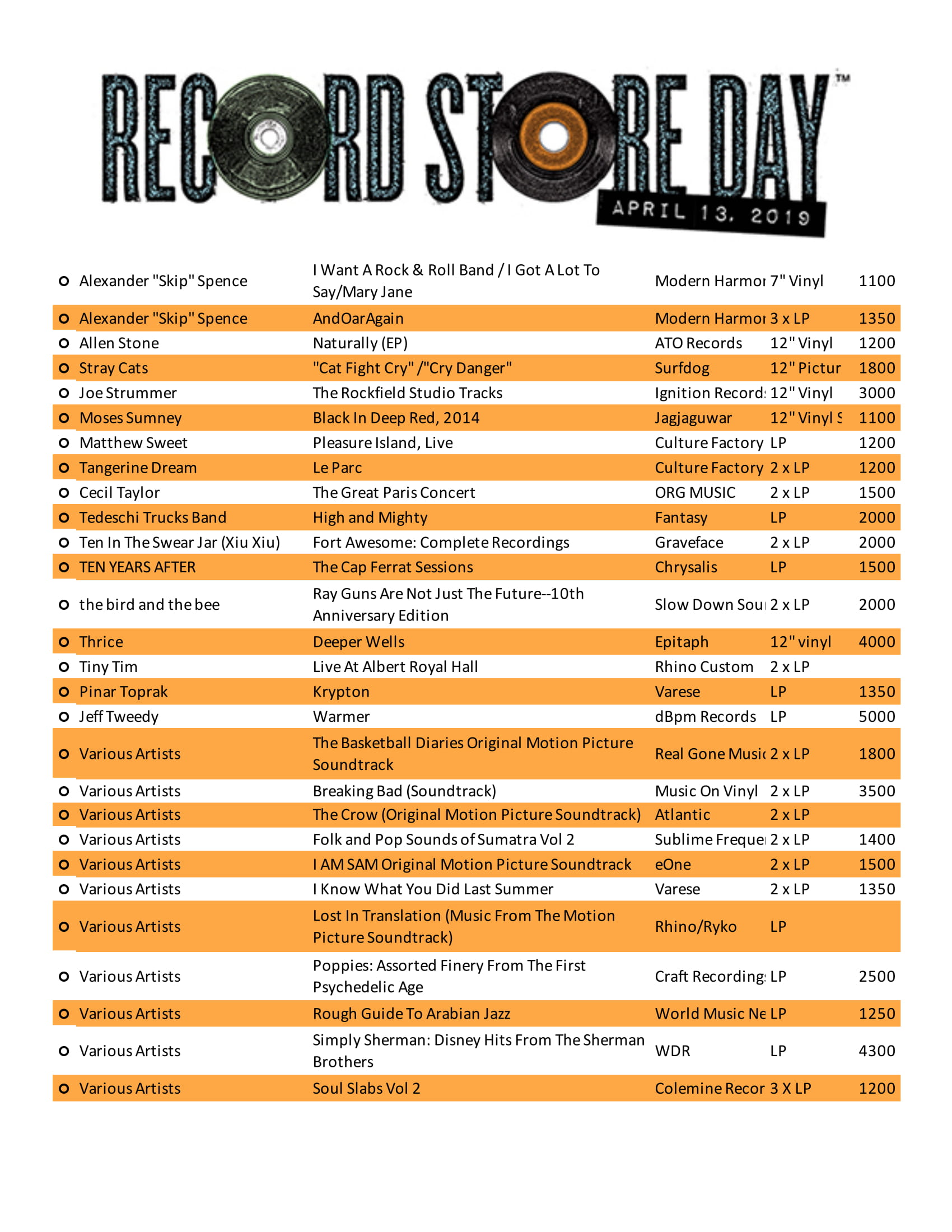 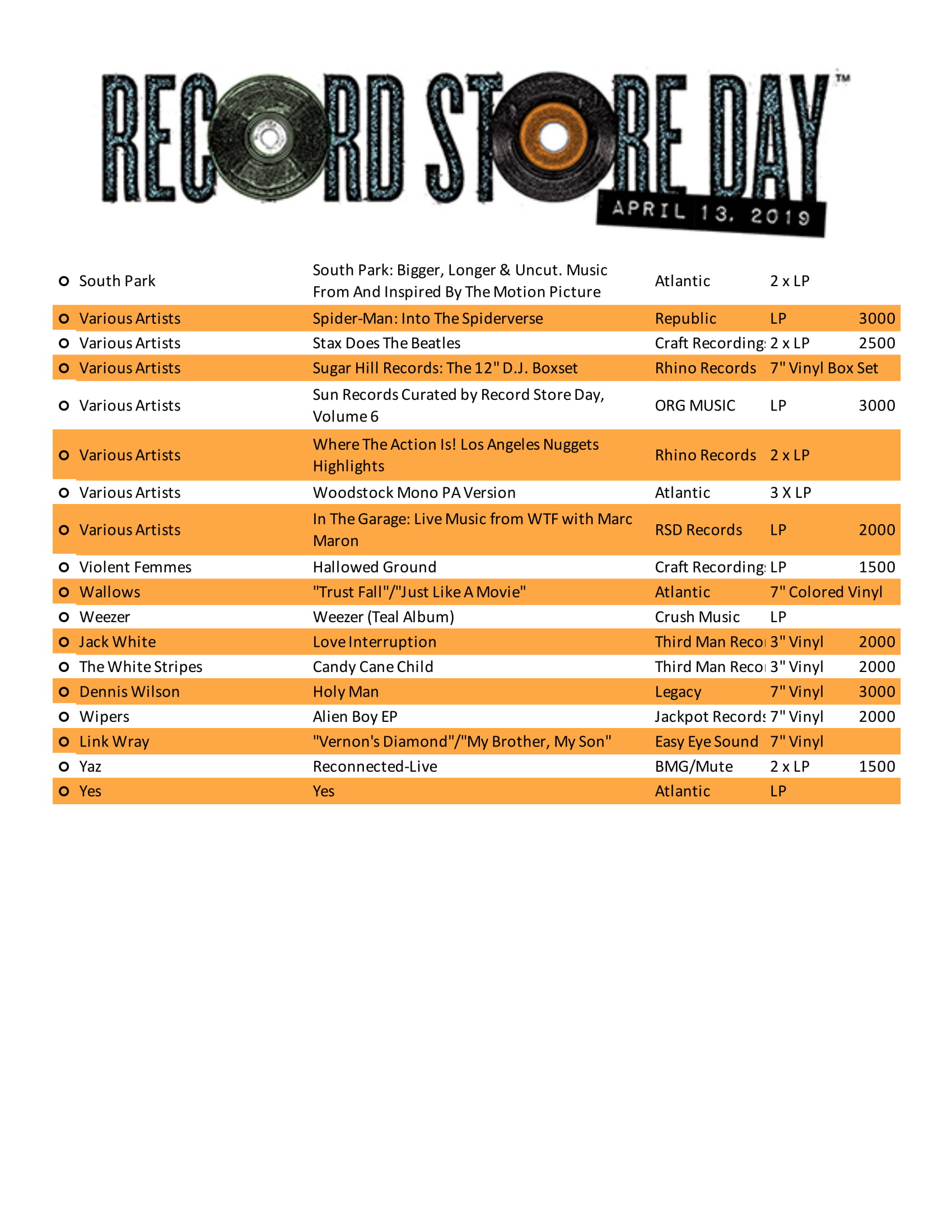 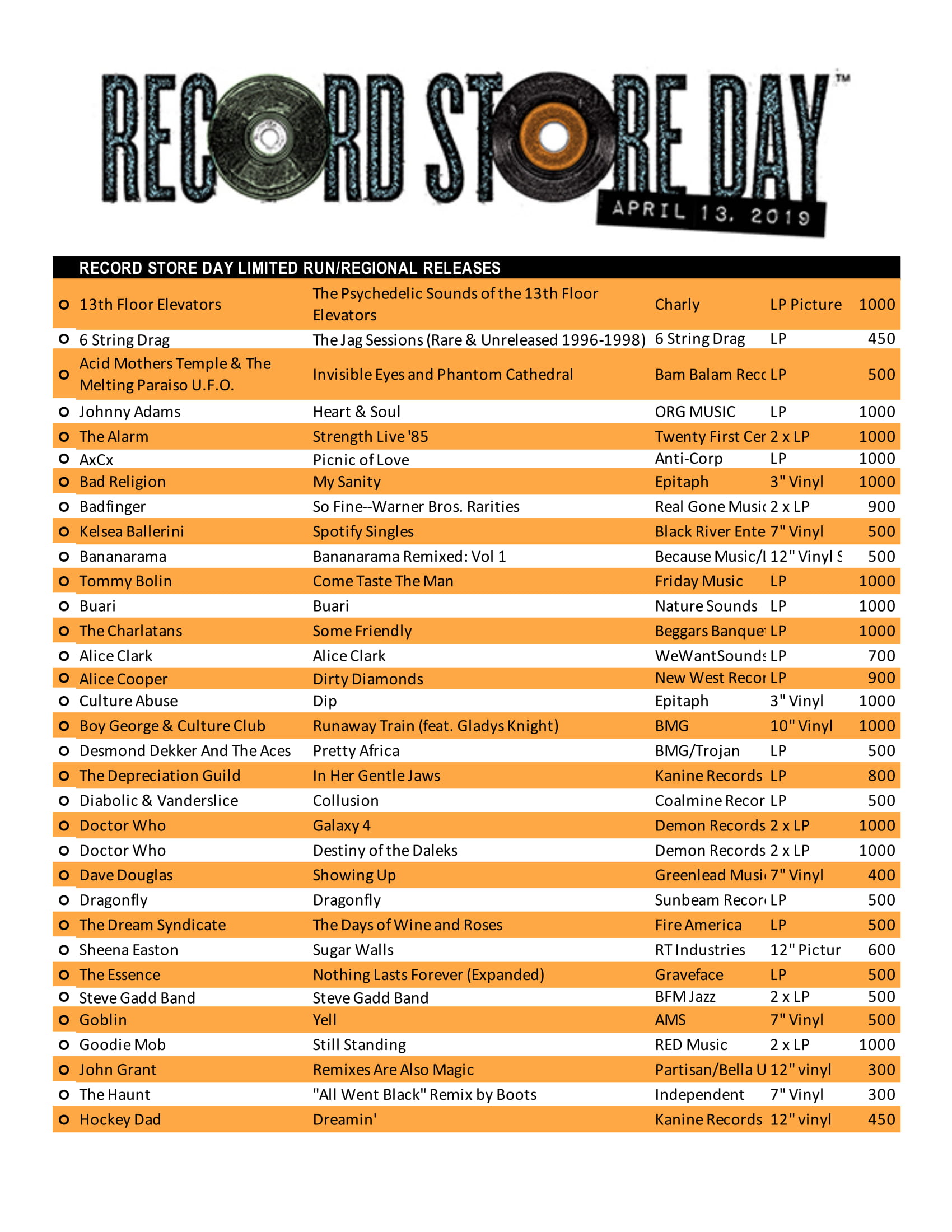 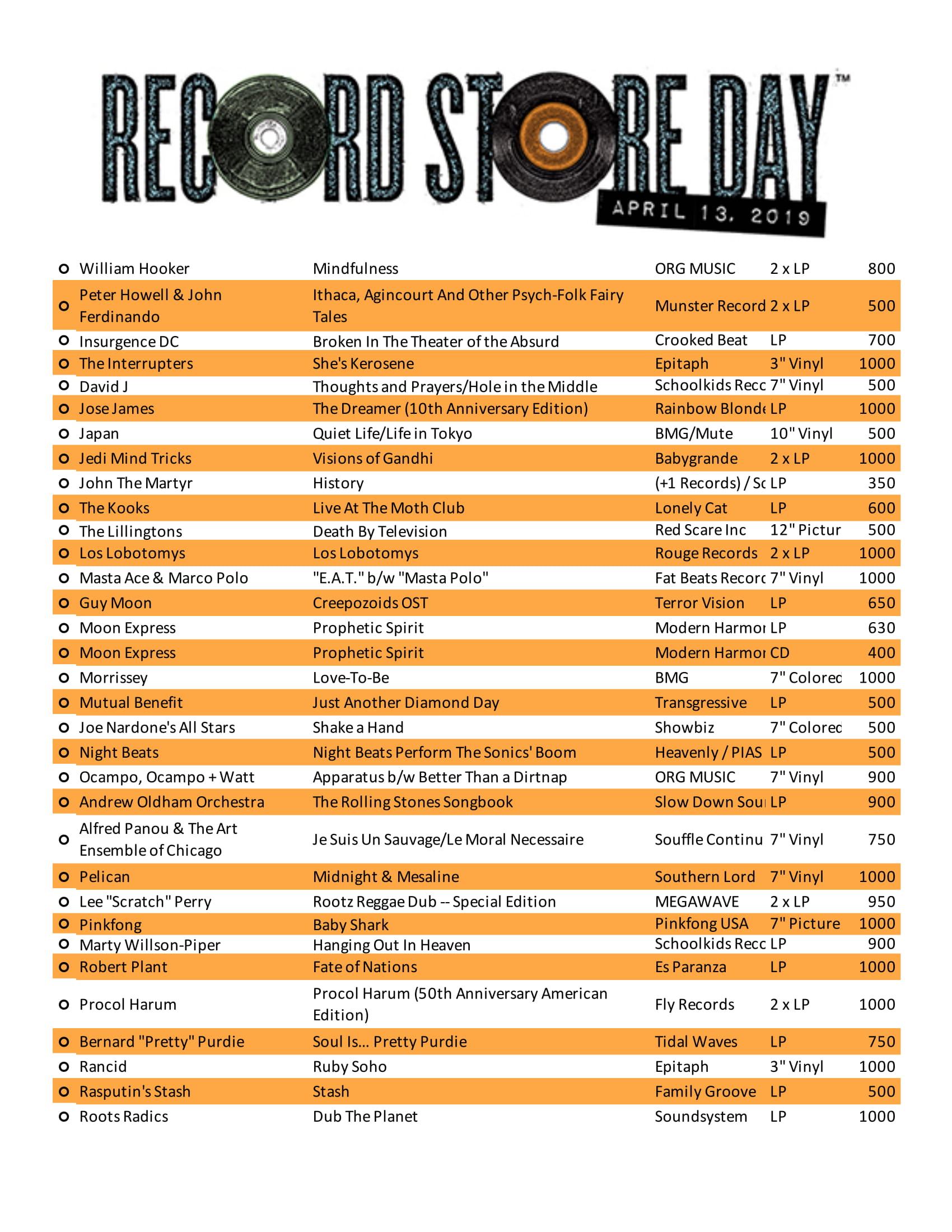 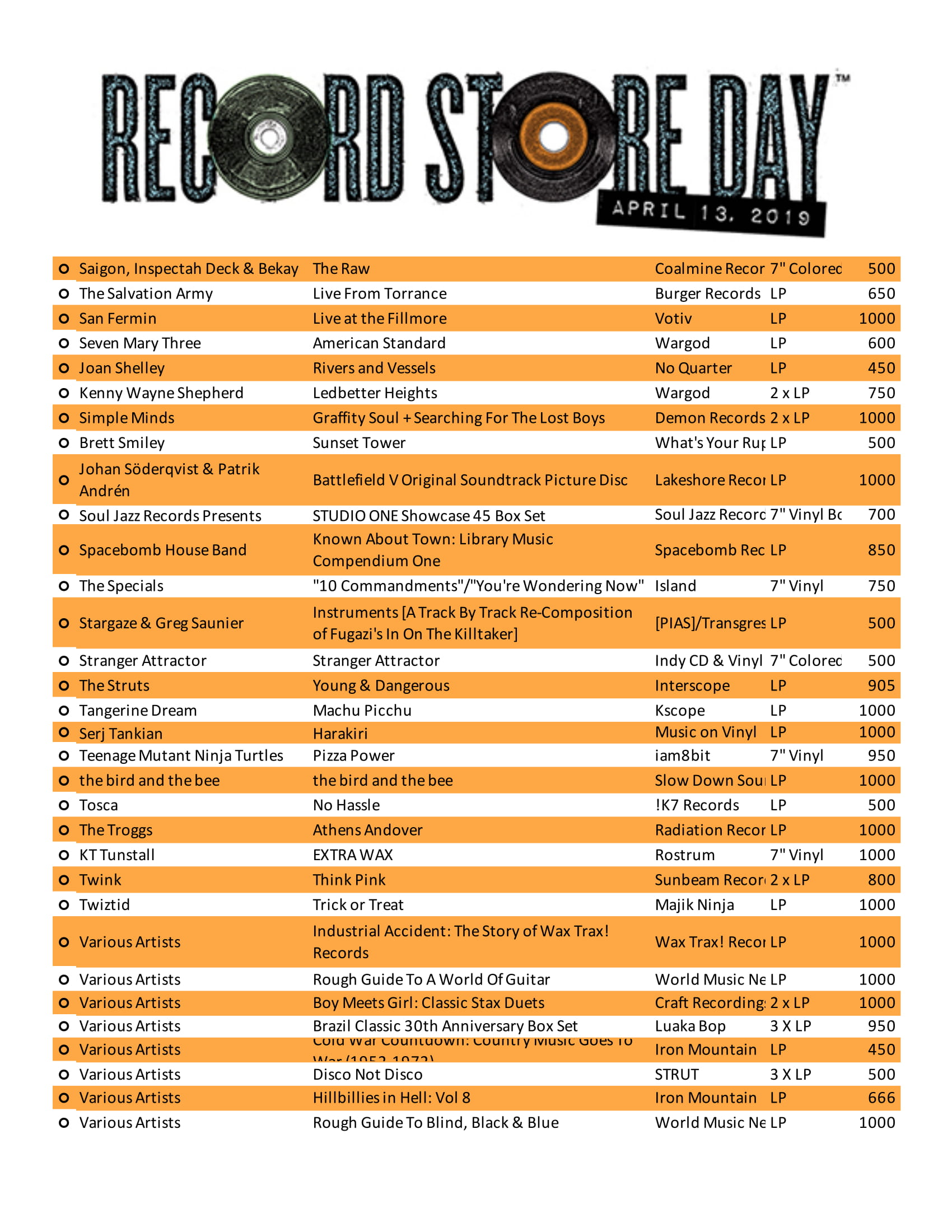 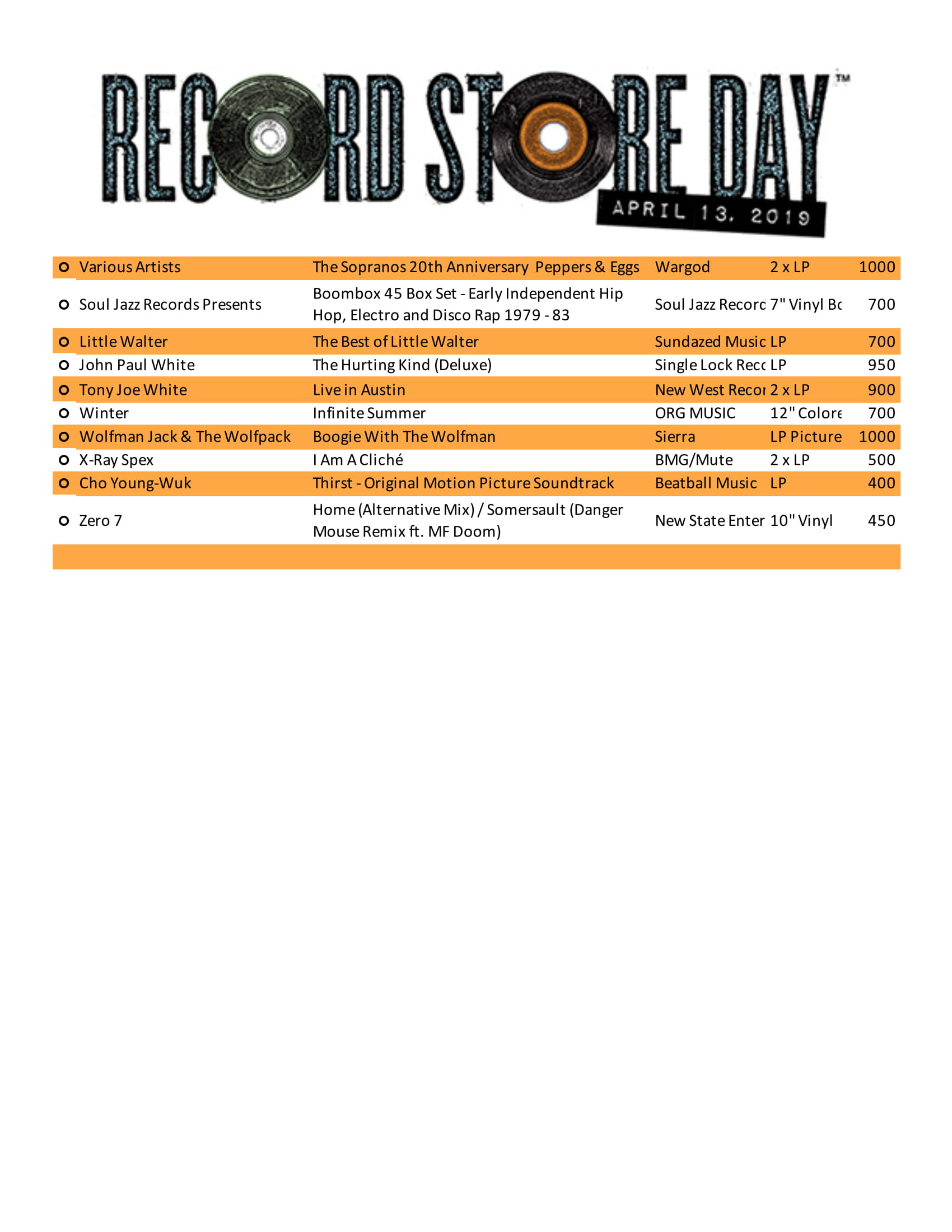 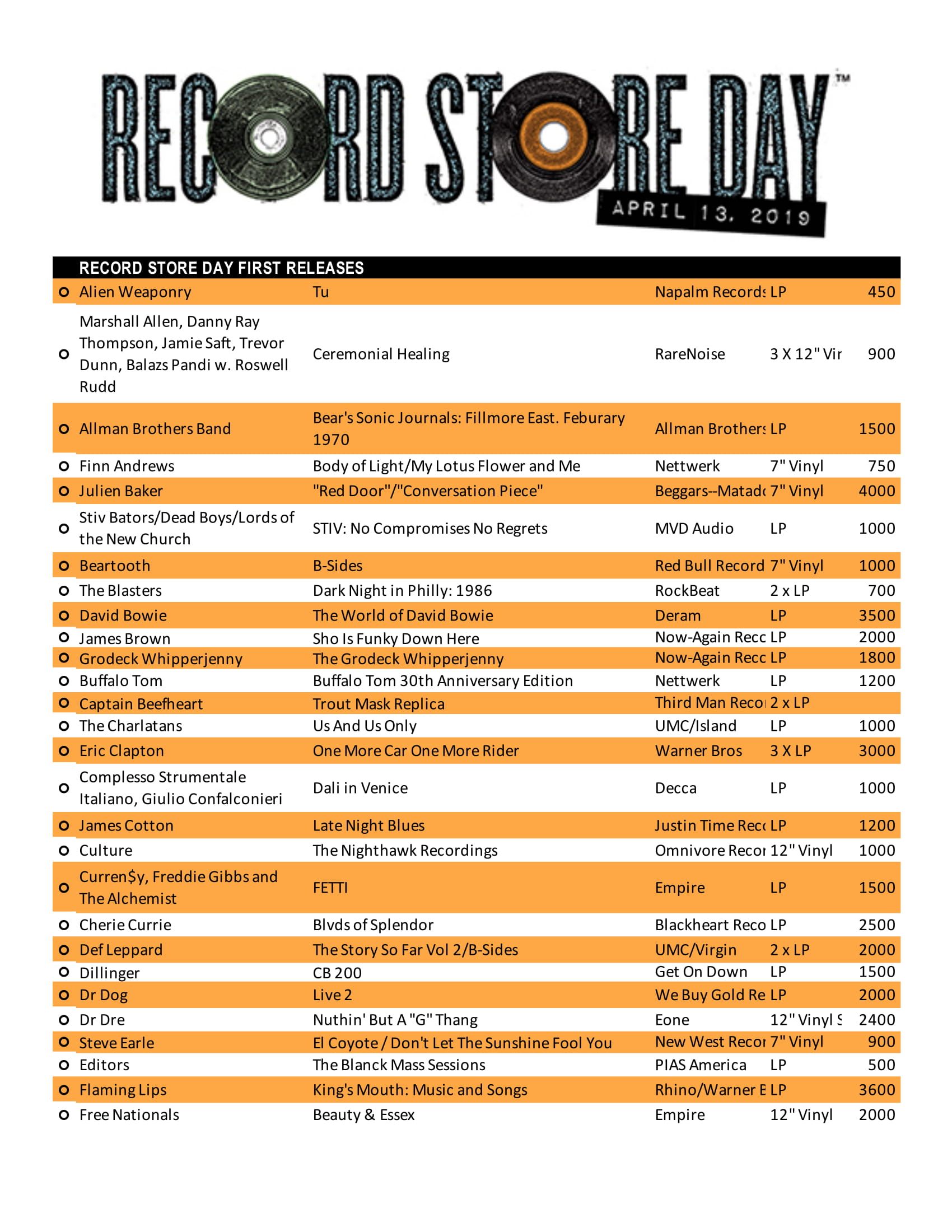 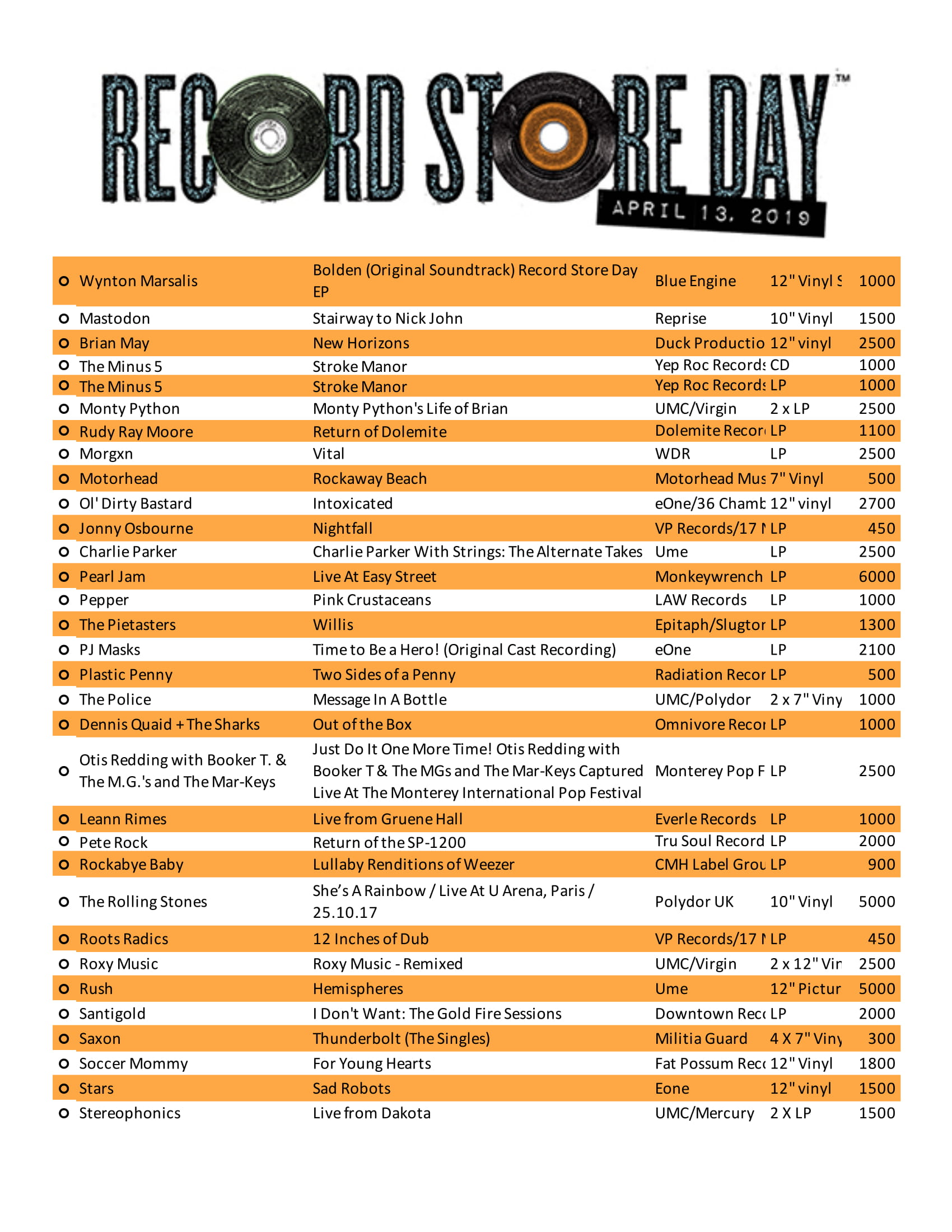 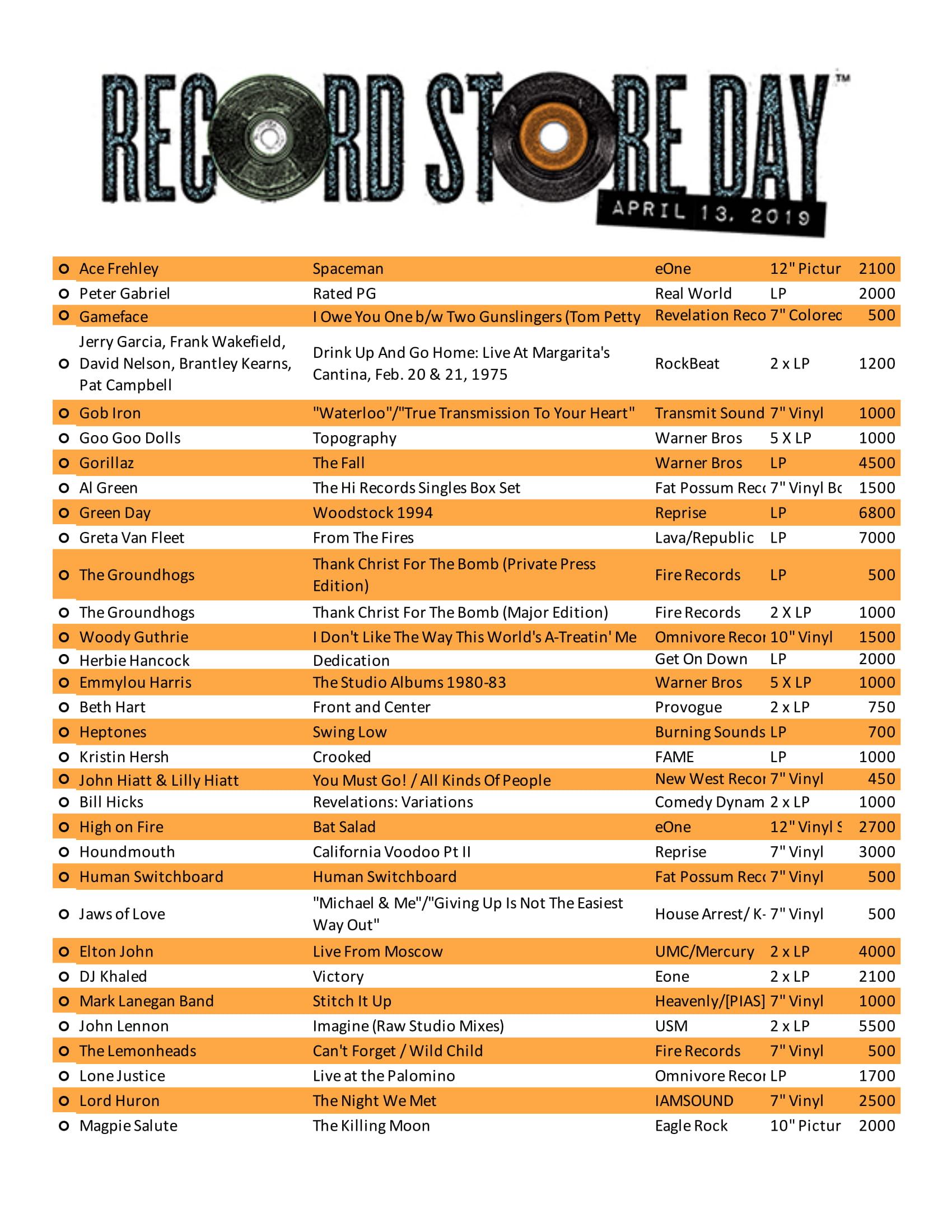 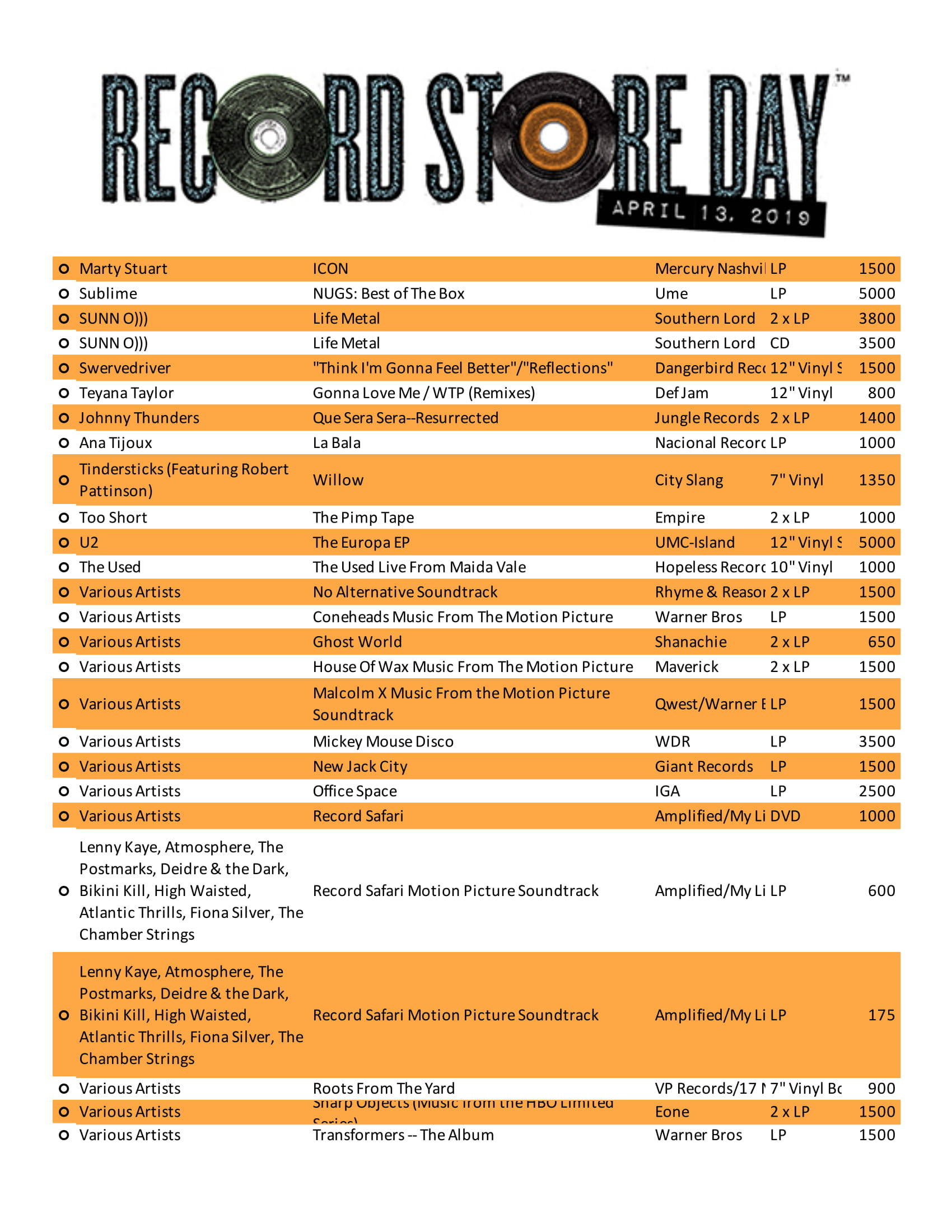 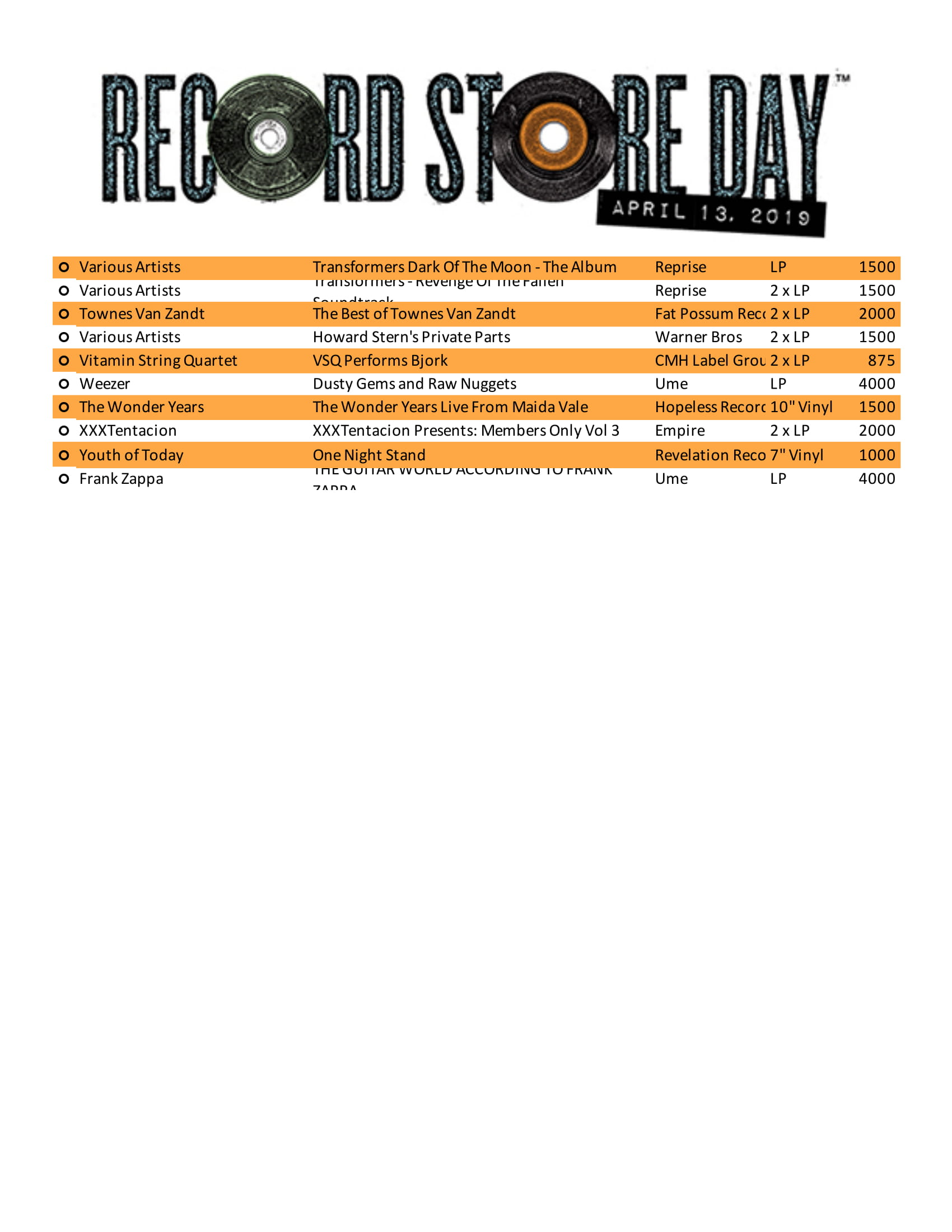