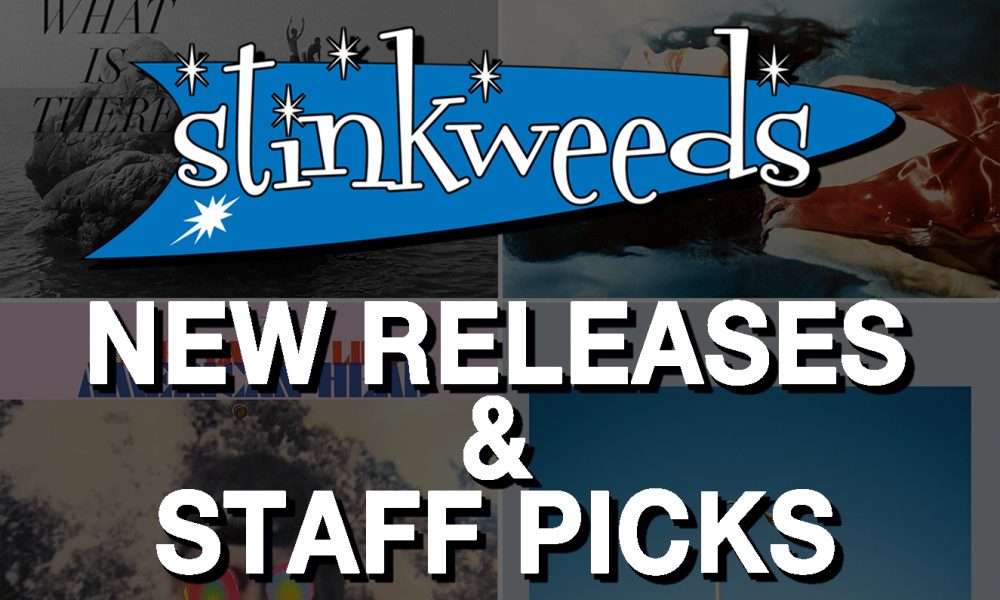 Staff Picks
Kimber – Sam Prekop
Dario – Sam Prekop
Lindsay – PJ Harvey
Eric – Bent Arcana
PJ Harvey – To Bring You My Love: Demos CD/LP (Island)
PJ Harvey – To Bring You My Love [Reissue/1995] LP (Island)
PJ Harvey’s third album To Bring You My Love, which celebrates its 25th anniversary in 2020, receives a heavyweight vinyl LP reissue alongside an album of previously unreleased demos. The 10 track collection To Bring You My Love: Demos includes early versions of the singles “Down By The Water”, “C’mon Billy”, and “Send His Love To Me”. The audio has been mastered by Jason Mitchell at Loud Mastering under the guidance of longtime PJ Harvey collaborator John Parish. The release also features new artwork with previously unseen photos by original photographer and designer Maria Mochnacz.
Sam Prekop – Comma CD/LP+MP3 (Thrill Jockey)
Sam Prekop’s boundless imagination is guided by his strong sense of melody. For more than 25 years, as a solo artist or as part of The Sea and Cake, Prekop creates a singular sound inventive and warm. His distinctive vocals, guitar playing and work on modular analog synthesizers are inventive, delicate, and always bear his signature sense of melody. Comma finds Prekop for the first time working extensively with beat programming, focusing his enveloping synthesizer pieces around a newfound rhythmic pulse. [Limited edition white colored vinyl pressing also available.]
Delta Spirt – What Is There CD/LP (New West)
The whole story could’ve been written in the stars’ Astrology tells us a ‘Saturn Return’ happens when the planet Saturn revolves back to the same position it held upon our birth. It typically takes almost thirty years. However, in the case of Delta Spirit, it took a little less than fifteen. The enduring California rock quintet’ Matthew Logan Vasquez [vocals], Kelly Winrich [multi-instrumentalist, vocals], Will McLaren [guitar], Jon Jameson [bass], and Brandon Young [drums]’realign on their fifth full-length and first album since 2014, What Is There. As much as it reflects their journey thus far, it also ushers them into new territory as both musicians and, most importantly, friends. In the end, Delta Spirit not only return, but move forward together on What Is There.
Flaming Lips – American Head CD (WB/Bella Union)
American Head is the best and most consistent studio album from The Flaming Lips since the release of their most successful brace of albums The Soft Bulletin and Yoshimi Battles The Pink Robots. Similar to those records, the 13 cinematic songs on American Head are classically structured and feature the same sonic and production qualities. Kacey Musgraves (a fan who covers “Do You Realize” in her live set) is a guest on three tracks – “Watching The Lightbugs Glow” as well as the focus tracks “Flowers Of Neptune 6” and “God And The Policeman”. “Flowers of Neptune 6” serves as the first new music from The Lips since 2019’s internationally acclaimed King’s Mouth Music And Songs. Produced by Dave Fridmann and The Flaming Lips, it reflects the gentler side of the band’s paisley oeuvre and melodically flows downstream into a welcoming wormhole of wistful summer pop. [Limited indie store exclusive vinyl pressing available.]
Uniform – Shame CD/LP (Sacred Bones)
An industrialized mill of grating guitars, warped electronics, war-torn percussion, and demonically catchy vocalizations. [Limited smoke colored vinyl pressing also available.]
Marilyn Manson – We Are Chaos CD/LP (Loma Vista)
As chaos envelopes the world, Marilyn Manson penned the perfect prescription with the aptly titled concept album, We Are Chaos. Co-produced by Manson and Grammy Award winner Shooter Jennings (Brandi Carlile, Tanya Tucker), the ten-track opus was written, recorded, and finished before the pandemic blanketed us all. Manson’s painting, Infinite Darkness, which can be seen on the album cover, was specifically created to accompany the music. Manson on working with Shooter Jennings: “When Shooter and I decided to start making this album almost two years ago, we were both doing tours so we had to work around our schedules. Shooter and I had a shared love for Bowie’s era with Brian Eno. And I wasn’t afraid to try new things with him writing the music. He also helped me to be unafraid to try old things. As a producer he really pushed me to be both new and still true to what the core of Marilyn Manson is. His perspective added the trans-dimensional element that I was always looking to tap into.”

Mastodon – Medium Rarities CD (WB)
Medium Rarities is the first rarities collection from Mastodon covering their entire career. The compilation features one brand new song – “Fallen Torches”. It also includes a bevy of classic covers, soundtrack contributions, instrumentals, B-sides, and live recordings on one complete package for the very first time. Among an eclectic array of covers, the musicians tackle “A Commotion” by Feist, “A Spoonful Weighs A Ton” by The Flaming Lips, “Atlanta” by Butthole Surfers, and “Orion” by Metallica. It also features soundtrack cuts such as “White Walker” (from the Game Of Thrones inspired mix tape) and the soundtrack song “Cut You Up With A Linoleum Knife” (Aqua Teen Hunger Force). Meanwhile, they get under the hood with instrumental versions of “Asleep In The Deep”, “Toe To Toes”, “Jaguar God”, and “Halloween”. [Vinyl edition due October 16.]