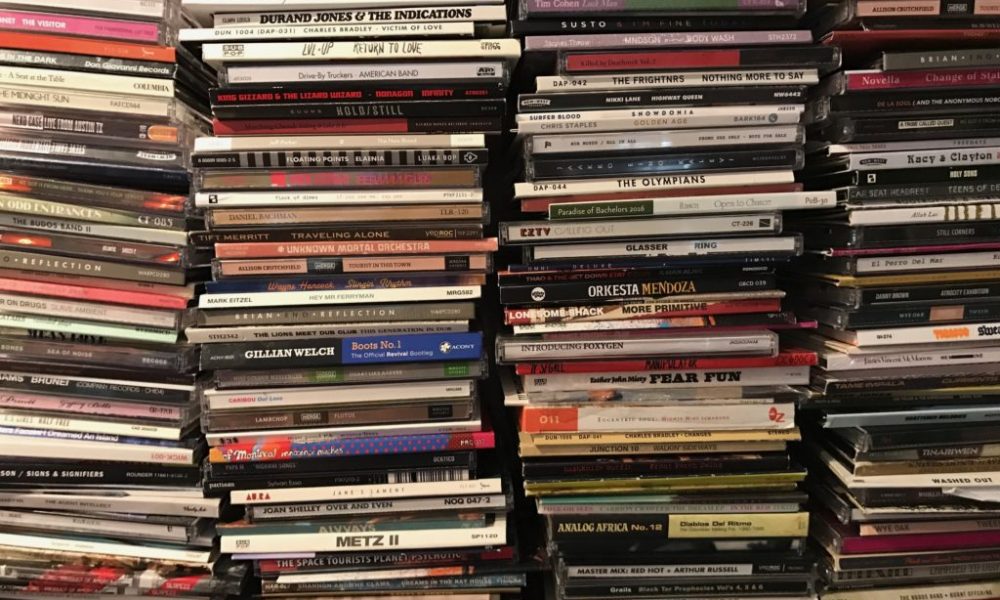 Two months into 2019 and it’s shaping up to be a great year for music! I could have had 5 favorites on the first week of February, but we thought we would give the later releases a chance to hit the shelves and to let the earlier one’s sink in. With all the great stuff coming out, we hope these posts will help you narrow down some selections, each month. So, while we experience the last few days of cold weather, heat up some tea, sit back and enjoy these five favorites! 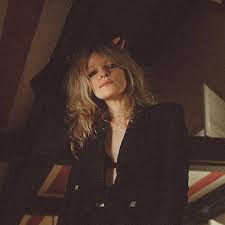 I’ve been thinking on perspective, as it relates to recording albums. A stereo recording give the artist the option to place sounds in the right speaker, left speaker or anywhere in between by blending through the spectrum from left to right. It’s most simple function is to give the sense that you are listening to musicians standing in their own respective places. But, through the magic of the studio, you can take perspective deeper than this. You can give the sense that you are listening to a band on a stage, or, perhaps for more intimate songs, you can give the sense that you yourself are thinking or singing the song. Jessica Pratt takes this concept even further by creating songs the give the perspective of memory. The songs have that haze that comes with remembering, but also the sense that you’ve been carrying them forever, as if you found yourself in a Greenwich Village apartment in the early 70s, doing what friends might be doing in the early 70s. Someone puts on a Maryanne Faithful or Vashti Bunyan album. You listen intently, allowing the music to sweep over you. Without thinking to ask who you were listening to, the party ends. You walk away, never to hear this music again. But, the songs stay with you and you sing what you can remember, to yourself, from time to time. This is the perspective you find in Jessica Pratt’s music. 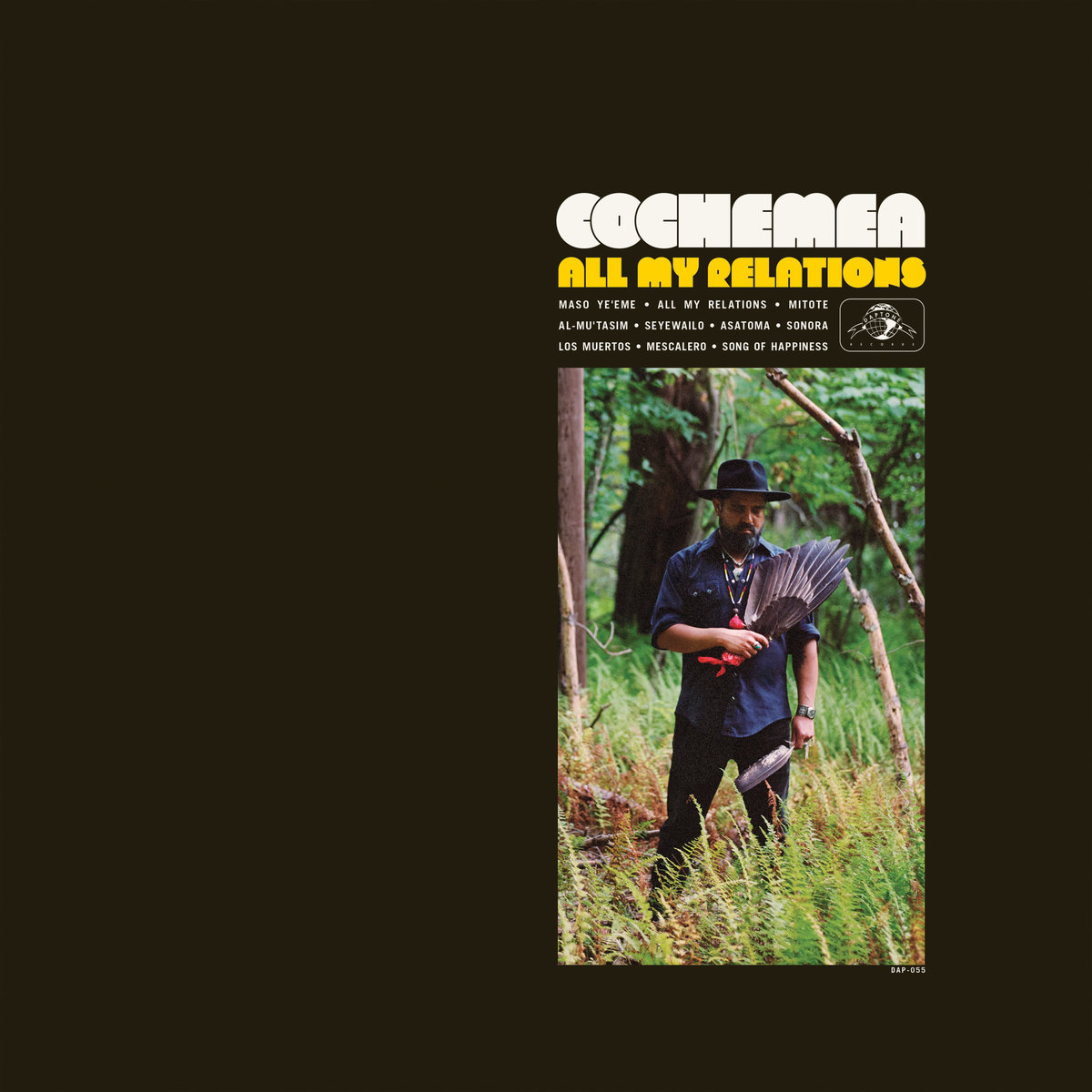 Cochemea – All My Relations [Daptone Records]

I’m sure, for many of you, just seeing the “Daptone” name is all you need to know about this album. But, I think many will be surprised with the corners Daptone has been exploring, lately. I’ve heard in interviews that the recent losses that the label had experienced encouraged them to reconsider directions for the label. Instead of a complete departure from what they had done in the past, which would have left us wanting more of the old sound, they seemed to have dug in deeper into that Daptone sound, finding an artist right under their noses that could redefine that sound, while being a product of it. Cochemea Gastelum had been playing saxiphone with Sharon Jones & the Dap Kings, as well as New York Jazz group Robert Walters 20th Congress. But, his own voice would be a combination of these New York influences and his own roots as a California native with Yaqui and Mescalero Apache Indian ancestry. The result is an album of music that embodies all of that Daptone timelessness, but with the right amount of something fresh and new, without sounding contemporary or “on trend.” 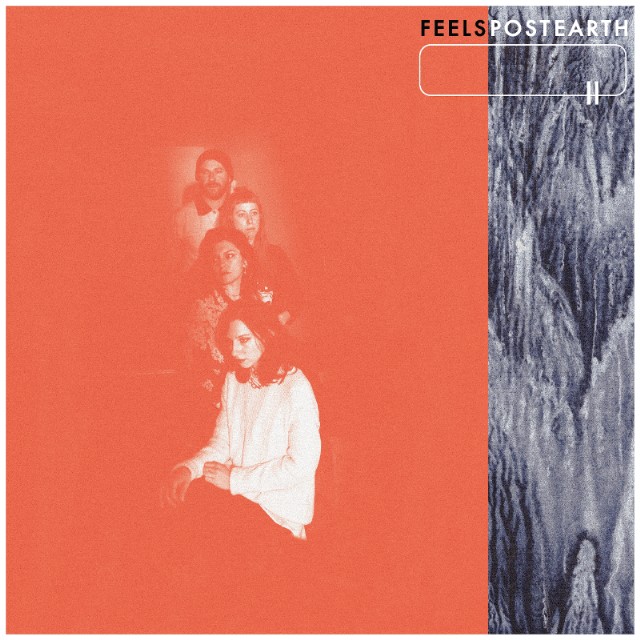 This angst is appropriate and relatable. Listening to Post Earth isn’t unlike having one of those heated discussion with a friend where it seems like you’re arguing, but you’re actually agreeing with everything they say. There’s something cathartic about this and perhaps we need that now, more than ever. FEELS isn’t reinventing anything. Instead, they’ve created the kind of album that comes from immersing  yourself in early Sonic Youth albums and the like. But, unlike some “throw back” acts, they are not imitating the core emotions of their predecessors. This shit is real and understandable. Sometimes it takes a little hindsight to remind us that we’ve had similar emotions, before. We’ve been through this before. We’ve watched you light these fires. And, once again, it’s up to the youth to let you know that you’re fucking it all up, again. 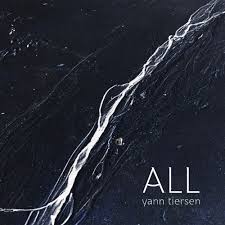 Most know Yann Tiersen through his whimsical scoring for the French indie hit film, Amelie. This came out at a time when, if you were of a certain age, you were almost definitely a Francophile, to some degree. So, his classic French aesthetic, with all the accordions and violins, hit all the nails on the head. After releasing some solo work, Tiersen started to go a different direction. I know for a fact that he lost a handful of fans, having abandoned all the anachronistic affectations that so many had loved. His focussed turned towards more sincere soundscapes that were solely Tiersen’s ideas. He was no longer wearing a costume. Understandable, some people liked the costume. But underneath, there is still the heart of what truly drew so many to his music. All encompasses the delicate emotion found on previous albums, with a wide scope of sonic exploration. Tiersen has a talent for discovering the most subtle natures of sounds. Underneath each song is a mile high layering of nuanced noises and melodies, held together with pulsing chords and thought provoking song structures. 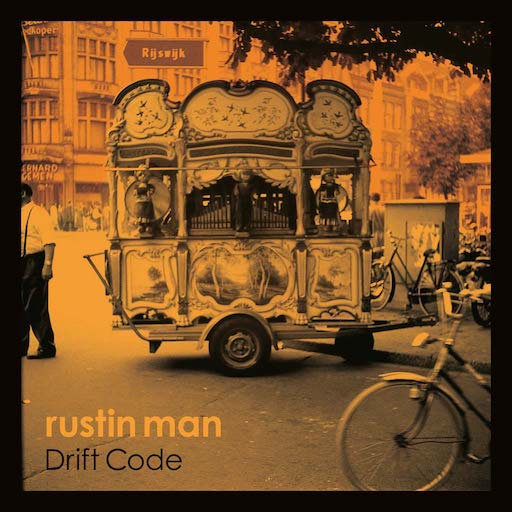 I was first introduced to Rustin Man through his collaboration with Portishead singer Beth Gibbons, in the early 2000s. This collaboration was a far cry from the hip, beat driven music of Portishead, but was even more intriguing to my ears, having a strange, “old world” vibe, but one where synths were invented in the industrial revolution. On Drift Code we get that same (almost) steam punk vibe, without the pageantry that comes with this aesthetic; somewhere between Jonathan Richman and Tom Waits, with a little bit of Bowie thrown in, for it’s adhesive qualities.