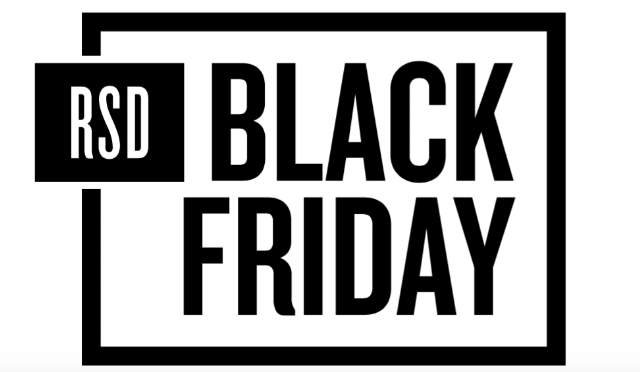 Along with all the Records Store Day Drops we’ve had, this year, we’ve also got another batch of RSD exclusives coming in for Black Friday!
You can check out these exclusive titles at recordstoreday.com

See what Stinwkeeds has in stock at stinkweeds.com/blackfriday   We’ll be updating this site as we get stuff in.

LOCALS: 7-9AM Call us 602-248-9461. We will have 4 phone lines answering incoming phone orders. If it’s busy at first, please keep trying. Have your lists and card payment ready to go, we’ll be moving fast. Pick-ups will be available same day starting at NOON. Of course, you don’t have to pick up your order that day, we’ll hold it as long as you need.

10AM – Orders can be placed on stinkweeds.com/blackfriday for local pick up and domestic mail order.

The store will be open for in-store browsing like normal 11-6, however there will be NO BLACK FRIDAY ITEMS FOR SALE IN STORE. Sorry, but we have to keep things organized in our small space and all Black Friday items will be for sale on our website once the store is open.

Update from the folks at Record Store Day Headquarters

Just when you thought it was safe to leave the store, Record Store Day announces an incredible list of new titles and you know you’re gonna have to fortify with Thanksgiving dinner, throw your mask on, and go back (safely distanced or virtually!) with a full stomach… and wallet.

2020 saw unprecedented challenges and changes for both record stores and Record Store Day, but with their massively successful–both in terms of sales and responsible store practices during the pandemic — RSD Drops events still in cycle, Record Store Day organizers look ever-forward to keeping spirits up with more fantastic titles for RSD Black Friday on November 27.

The List of titles coming to record stores to kick off the gift-giving season is now live on recordstoreday.com

“Managing the largest music event in the world during the pandemic has been challenging, but somehow the record labels and artists have managed to provide record stores with a fantastic list of special releases for Black Friday and the holiday season. It’s bittersweet, as we’ve lost some record stores and people who were loved, but we soldier on and will celebrate life with a lot of healing and wonderful music.” – Michael Kurtz, RSD Co-Founder Some of those lost in the pandemic this year are remembered with music found on the RSD Black Friday List, including the late, great John Prine whose three Asylum Records-era LPs, Bruised Orange, Pink Cadillac and Storm Windows are gathered into a box set. Another huge loss to COVID 19 was the passing of Adam Schlesinger, and his band Fountains of Wayne’s classic album Welcome Interstate Managers, featuring “Stacy’s Mom” is released on vinyl for the first time. And a special 7” single pulls Nick Cave’s cover of T. Rex’s “Cosmic Dancer” from the tribute album AngelHeaded Hipster — The Songs of Marc Bolan & T. Rex, which ultimately serves to also honor the great producer Hal Willner, whose work on the album was finished shortly before his death in April.

Until the return of live music, recorded sessions and shows help fill the void, and the RSD Black Friday List has a great lineup. A Mick Fleetwood & Friends’ Green Manalishi (with the Two Pronged Crown) single features two performances of the song: one that rocked the London Palladium just pre-pandemic at a tribute to Peter Green, and features Fleetwood’s friends Kirk Hammett (yes, of Metallica) and Billy Gibbons and one from Fleetwood Mac itself in 1970. Uncle Tupelo were Live At Lounge Ax–March 24, 1994 and there’s a double vinyl, full concert set capturing Jeff Tweedy, Jay Farrar and the band on their home turf  on the List to prove it. Willie Nelson’s Red Headed Stranger: Live From Austin City Limits 1976 is significant not only because it’s Willie, but because this LP chronicles his performance on the debut episode of ACL, a program that went on to be hugely successful and influential (and has to date hosted seventeen appearances by Willie!). My Chemical Romance’s live album Life on the Murder Scene gets a vinyl release, Alanis Morissette celebrates her classic Jagged Little Pill with an album from her acoustic tour stop Live at London’s O2 Shepherd’s Bush Empire, 2020, Baroness drops Live at Maida Vaile BBC Vol II, an EP that holds more of their BBC studio sessions, we spend a summer night with the Jerry Garcia Band on Garcia Live Volume Two: August 5th, 1990 Greek Theatre, the Drive-By Truckers pull a 3 LP release from their set at Plan 9 Records in Richmond, VA and Chuck Berry takes us back to 1988 for a live set recorded on a very Rockin’ Rollin’ New Year’s Eve. Jazz fans can replicate their favorite dives or swanky  listening rooms at home with live sets from, among others, Bill Evans, George Coleman, The Herbie Hancock Trio, and Sonny Rollins.

You may not know Bob James’ song “Nautilus”,  but the 1974 track bridges the worlds of jazz and hip-hop/R&B nicely (it’s been sampled more than 250 times!) and gets a 7” single release this year.  Speaking of jazz, Madlib’s Jahari Massamba Unit project finds him on all instruments save the drums for the Pardon My French album. The Weeknd’s #1 album After Hours gets a reimagining with  unique remixes and one live performance from Saturday Night Live. Kaash Paige’s debut EP Parked Car Convos comes to vinyl one year after its release and both Snoop Dogg and Ice-T see their classic debut albums get new life with a double picture disc version of Doggystyle and a yellow vinyl press of Rhyme Pays, and Public Enemy’s Power To The People And The Beats — PE GH gets its first stand-alone vinyl release. Pop Smoke’s posthumous #1 album Shoot For The Stars Aim For The Moon gets a physical release on both cassette and deluxe edition double CD, while his collaborator Lil Wayne sees his mixtape No Ceilings and album Tha Carter V both get updated on their new CD releases. And Beastie Boys bring Some Old Bullshit back to vinyl, harking back to their hardcore roots with early recordings.

Brand new music comes from Painted Shield, a band formed by Mason Jennings and Pearl Jam’s Stone Gossard who release their debut self-titled album, and David Gilmour whose new single features vocals from his daughter. Elliott Smith’s debut album is “new” again with  alternate versions of tracks unearthed while preparing for a reissue, two titles from Jarvis Cocker pop up with new pressings, Magnetic Fields’ Quickies short gems are brought together for a full length LP (with an unreleased bonus quickie!) and both Pete Yorn and Sharon Jones and the Dap Kings put their spin on others’ music with covers albums. John Densmore of The Doors puts pen to paper and looks at creativity in his new memoir, The Seekers: Meetings With Remarkable Musicians (and Other Artists),autographed copies of which can be found at record stores on November 27.

One of the nice things about events like Record Store Day and RSD Black Friday is the ability to establish traditions, and add to them– a few different series continue this year including the Side By Side series (which grows to 12” with a release from Corey Taylor of Slipknot/The Dead Boys), and the Jazz Dispensary releases (Jazz Dispensary: Orange Sunset). And Record Store Day is proud to work with the Verve Label Group on the launch of Original Grooves, highlighting a vinyl cutting technique known as “parallel grooves”, where grooves are cut side-by-side instead of one after another, allowing for a different aural experience depending on where the needle is dropped.  The first of this series comes from five-time Grammy nominee Bettye LaVette, with hidden gems from Verve legends Billie Holiday and Nina Simone.

Black Friday is the “kick-off to the holiday season of course, so the RSD Black Friday List is a good place to find special seasonal fare like Dave Brubeck’s Christmas Lullabies, a 7” single from Juliana Hatfield with original  Christmas tracks highlighting the flora of the season, and what we’re told is the first EVER 7” single release for the Vince Guaraldi Trio’s “Christmas Time Is Here”.  And maybe the 2020 holiday season needs a little extra… something, so there are a few takes on Mr. Claus that are a little outside the norm:  a 7”/DVD combo package that pairs “Hooray for Santa Claus” (by The Fleshtones as well as the original from Milton DeLugg & The Little Eskimos) with the entire film it originally comes from (Santa Claus Conquers The Martians); a vinyl release of the soundtrack for the film that introduced a Santa-clad killer (!) Silent Night, Deadly Night; and a chance to catch Lemmy and Filthy Phil in Santa suits on a reissue of Motorhead’s original 1980 UK Christmas single release of “Ace of Spades”.

Press releases have limits, of course, and these are just a few of the titles we’re looking forward to. A complete list of things coming to participating record stores on November 27 — and a list of those record stores themselves– can be found at recordstoreday.com. Download a PDF of the titles, or check out the website version for artwork and more detail.  (A list of the titles still to come for the 10/24/20 October RSD Drop is available too!)