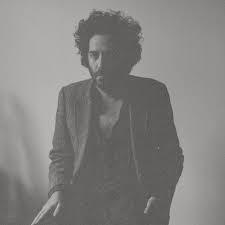 I always tread lightly when suggesting Destroyer. The music of Dan Bejar is one of those rare cases of “you’ll love ’em or hate ’em.” This makes it tricky to gauge whether or not my integrity as a “record store guy” will be damaged to suggest something so quirky, but it’s completely worth it. When Bejar is in your wheelhouse, it will be knocked out of the park. The “love ’em or hate ’ems” often have more potential to be your absolutely favorites. This new collection of charismatic, power-pop rock operatic gems is no exception to that categorization. But, again, there’s always the chance that it could go the other way. I’m happy to put my reputation on the line with a suggestion, but you’re also welcome to do some research for yourself and save me some anxiety.

On this, Bejar’s 11th full length release, he continues to appeal to that very specific music listener that is a Destroyer fan. However, I wouldn’t suggest that he is pandering to anyone. It would seem that Bejar has very specific and deeply rooted tastes and he pulls from that idiosyncratic well that only he has access to. This makes for a beautiful blend of 70s pop, operatic power ballads and just a hint of lounge singer aesthetic. But, in the context of these songs, they make for a really fresh and exciting listen. 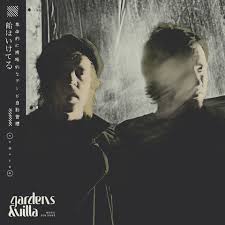 Right out the gates, this is not the vibey, Talking Heads-like synth pop band I’ve grown to love. The opening track, “Maximizing Results” is more similar to mid 2000s dance rock bands like the Faint or Interpol. While this might have thrown me off a little at first, the album does settle into sounds more similar to Gardens and Villa’s earlier albums. In fact, with the exception of that first track, the rest of the album is a great forward movement from their previous album, bringing with it all the fun and original ideas that make them such an exciting listen. But I can’t begrudge them the room to explore new territories, especially when they seem to be so respectfully sparing to their listeners when trying out these new ideas. Heck, I could have tolerated one or two more dancy hits, if anything, to round out that first track. Also, it really wasn’t that bad of a tune! I would love to see where they go with these new ideas. 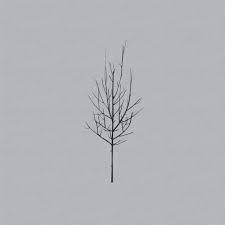 Low – Ones and Sixes

Low has been a favorite of ours for well over a decade now. There’s often a couple years between their album releases, which makes them that much more exciting for us. After 20 plus years of making music, they are one of those rare cases where a band really locks into an idea or sound that is so perfect, and so very much their own, and never strays too far away from it. This isn’t to say that their music never changes. Every album introduces new ideas, but always in the context of “Low.” On Ones and Sixes, those new ideas seem to have come from the current trends in dream pop and electronic music. But, they are never contrived or imitating. Instead, they serve more as a reminder that Low was very much at the forefront of many of the musical trends happening today. Even with the use of contemporary sounds, something about their music always feels written in stone. With all the technologies and “convenience” of music, it is at risk of becoming so much more disposable. Why hold on to one band for so long when there are thousands of other bands constantly being thrown at you? Thinking back on the long relationship I’ve had with this band, It’s easy to see the benefit of finding and paying close attention to bands with timeless qualities. Ones and Sixes is as fresh and as new an experience as when I first heard their 2001 release, What We Lost In The Fire. It’s a rare thing to experience a band for the first time over and over again. 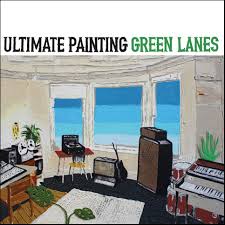 Every year, a song is dubbed “Song of the Summer.” Judging by the songs usually selected, it seems that Summer only applies if you are between the ages of 15 and 23. What about the rest of us?! Where are the anthems for those of us who don’t get three months off to have impromptu dance parties and late night golf course trespassing to drink wine coolers? Summer, for most people, means higher power bills and sweat…so much sweat. Since we are left to find our own songs, I’m often drawn to the escapist sounds of the 60s. I think that’s part of the appeal of the psych rock era. The music wasn’t just for the teens. There was a sense of making it on your own in a harsh world. You had to deal with some real shit and you wanted your music to help you cope with that. Now, comparing my electric bill to dealing with oppressive political and social issues may not be the most appropriate comparison, but I would argue that each warrants some sort of escape. So, I submit to you the surfy, slacker vibe of Ultimate Painting. Put this on in your un-airconditioned car, in heavy traffic, in 111 degree heat and you’ll be on your way to your imaginary beach in no time. These tunes are as lazy and cool as you could ever wish you had the leisurely time to be. The jangly guitars are so inviting, you almost feel like you could pick up a guitar and play them with little to no knowledge of how to actually play one. The vocals and melodies have the lilt of half asleep Bob Dylan and at times, the fragility of Elliott Smith. Had this band existed in the 60s or early 70s, they surely would have been a one hit wonder. But, there’s an appeal and an obscure quality to bands who’s catalogues haven’t been over played, even if for good reason. I get really excited when finding vinyl copies of bands like Stealers Wheel or America. They are in no way my favorite bands, but there’s something so comforting about listening to something that’s not completely groundbreaking and maybe just a little kitschy and cliche.

While escapism is all well and good, at some point you just have to embrace the darkness. While I’m not the biggest fan of the Dark Wave genre or any of it’s equally bleak cousins, I occasionally enjoy exploring some heavier fair, especially bands like Swans or A Place To Bury Strangers. Sextile brings that similar driving rhythmic quality that draws me to the music of Tom Waits or Nick Cave and some classic rock and roll repetition found in bands like the Velvet Underground or even classic surf guitar rock. The darker elements are just as intriguing to me as some movie in the horror or dark drama genres. While I may not want to watch them all the time, there is an attractive element. But, similar to how I feel about any pop or rock tunes I choose to listen to, I always appreciate a sense of subtlety. Thousand Hands brings just the right amount of doom and gloom, mixed with hypnotizing repetition. And, although they are clearly a new project, there’s something about them that sounds like it could have been a precursor to early industrial and dark wave. Some tracks could be convincing as some obscure early 70s kraut rock band that Bauhaus was influenced by. Where as others sound like they could only have existed here and now. Either way, Sextile has crafted a timeless album, which is not the easiest thing to do in such a specific genre. The more particular a song is, the harder it is to pull from ideas that have proven the test of time, but these guys managed to pull just enough to pay tribute to their predecessors without sounding like a carbon copy.